The humanist grace of YouTube-turned-CW series ‘My Last Days’

When deciding what to watch on TV tonight, you’ve got the Olympics, new episodes of The Real Housewives of New York and Melbourne, and a docuseries called My Last Days about people living with terminal illnesses. If you think the Olympics will be the most uplifting choice of these three, you’d be wrong—but you’d be in good company.

“Originally when we made My Last Days, it was a show that we were told that nobody would ever watch. It was a digital documentary series that was longer than five minutes that wasn’t about cats or pranks or sexy girls dancing around,” series creator and director Justin Baldoni tells the Daily Dot.

However, the 2012 series Baldoni launched through his production company Wayfarer Entertainment, in conjunction with The Office alum Rainn Wilson’s business SoulPancake, became one of the most watched docuseries on YouTube ever with 20 million-plus views.

Naturally this would be an easy sell to television, right? Nope. Despite the show’s Internet fame, networks closed their doors to both Wayfarer and SoulPancake; executives thought the show wouldn’t entertain audiences. But things changed in 2014 when Baldoni landed the role of Rafael Solano on the CW’s Jane the Virgin. He pitched his idea to Rick Haskins, head of CW Seed, who greenlit season 2 as a digital series. Baldoni had different plans.

“Instead of delivering 10-minute episodes [like My Last Days season 1], we delivered 35- to 40-minute episodes because we wanted to make sure that [CW executives] saw that this wasn’t just a digital property; this could be a TV series,” Baldoni says. “When [CW President] Mark Pedowitz saw them, he said, ‘These have to be seen. These have to go on TV.’” 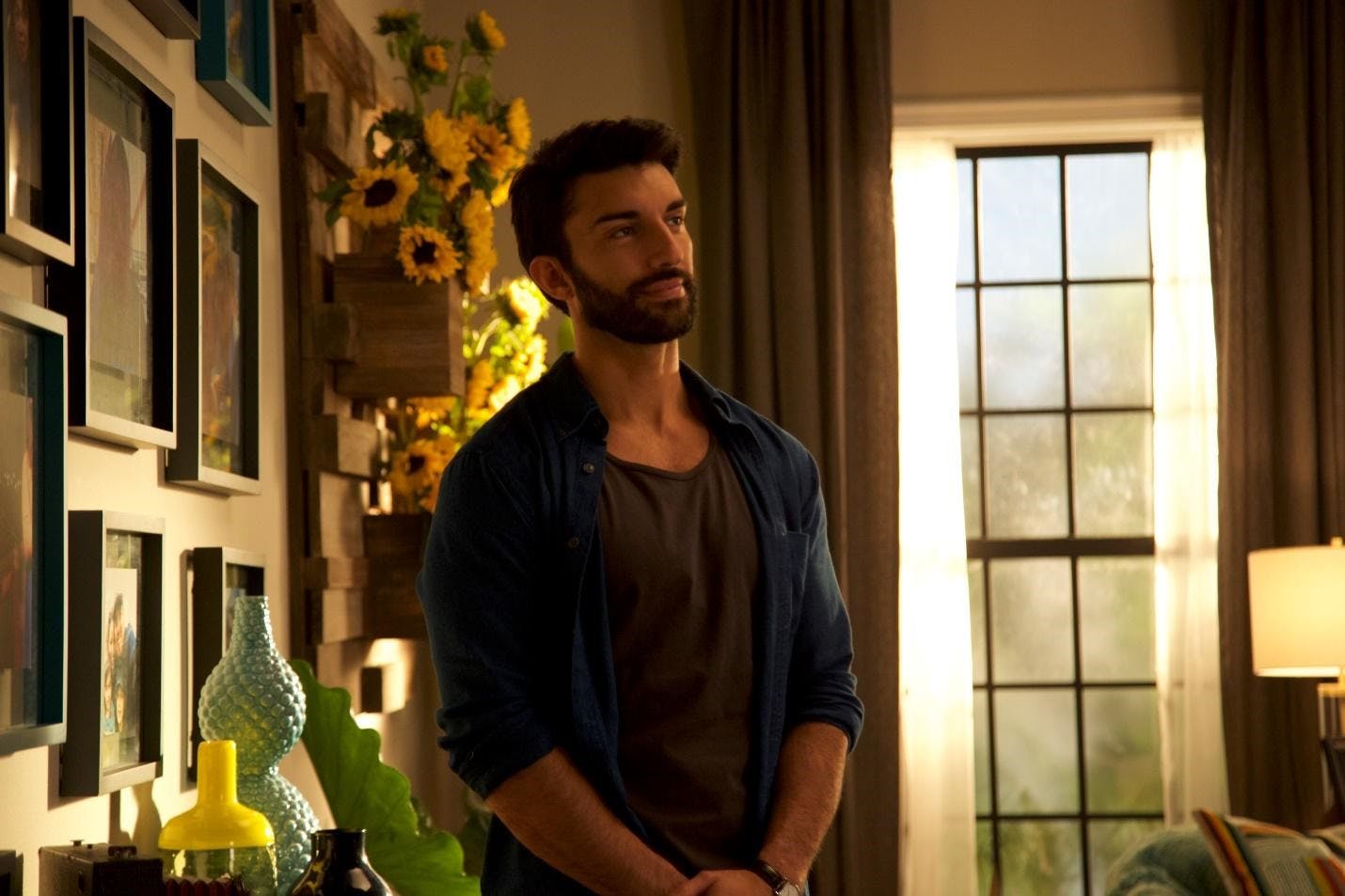 Convincing the CW to put My Last Days on TV was relatively easy compared to convincing some of its cast members. Nineteen-year-old Claire Wineland’s initial reaction can be summed up in a four-letter word: “When I first heard about the My Last Days thing, the first thought in my head was ‘fuck no!’ Like, there’s no way in hell I’m doing a show called My Last Days. First of all, because I thought it was gonna be depressing, you know, and I’ve spent so many years, trying to reverse the belief that [cystic fibrosis] has to be depressing in the way that it’s talked about.”

Jess Oldwyn, who has brain cancer, had issues with the title, too. “When you say ‘my last days,’ it makes it sound like you don’t have long to live, and that’s not how I feel and it’s not what I believe,” the 36-year-old says.

In fact, doctors told her she wouldn’t live past 34.

But both women signed onto the project because it’s far from depressing—because their lives aren’t depressing. Wineland, who was born with cystic fibrosis, hosts her own YouTube channel and travels the country as a motivational speaker for her eponymous foundation, even podcasting with the original #girlboss Sophia Amoruso. Oldwyn champions patient advocacy through her blog Toom-ah? What Stinkin’ Toom-ah! and has helped countless of patients realize that they are active medical consumers who can challenge the status quo. Their episodes feature meeting Vermont Sen. Bernie Sanders and a surprise beach wedding—not women languishing in hospital gowns. 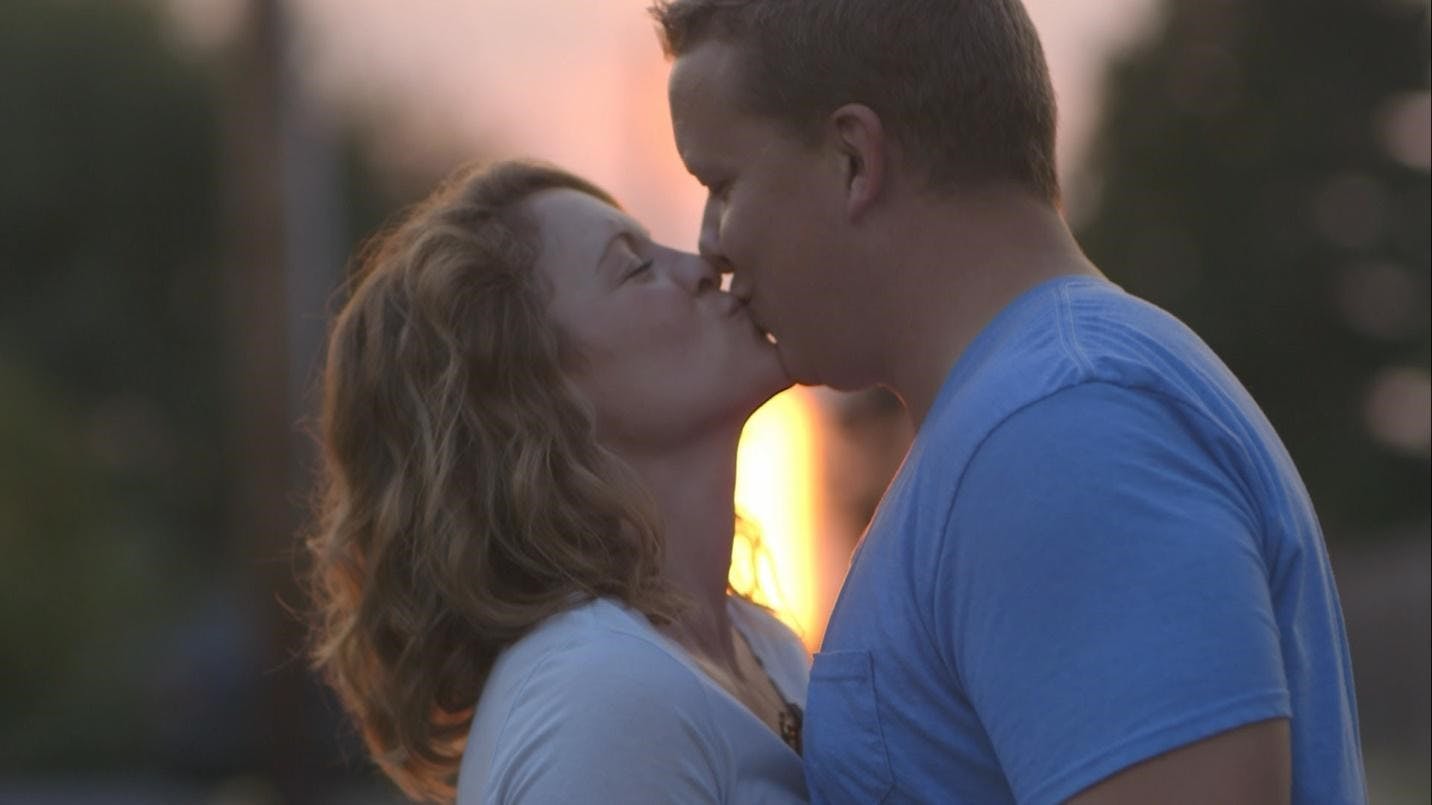 “What we like to do with people is, especially people who are sick, is we look at our own lives, and we think, ‘I don’t feel like I’m on the right path or something’s off or I feel like I’m alone.’ … We put that onto our circumstances as the reason we’re not happy, so for the people who are sick and have those circumstances but are still OK and happy, it goes against that whole [line of thinking] because if it’s not the circumstances making you miserable, then what is?” Wineland says. “And so a lot of times, I think that people would rather think that I was living a depressing life because of my illness than people actually thinking that I was living a great life.”

Oldwyn agrees. “Maybe I’m just in denial, but I feel like everyone thinks I’ve got a death sentence, and I don’t feel that way. They’re misunderstanding the way that cancer really works. These days, all you have to do is survive until newer, better research comes up, so it’s like this hopscotch of slowly just trying to live a little bit longer and a little bit longer and a little bit longer. It’s not a death sentence,” she says. “I don’t think it’s bad if people feel bad for my situation, but there’s a different kind of feeling bad where I like to call it ‘dirty pity.’ It’s like dirty pity to where their faces change, and they’re like, ‘Aww, how are you?’ And I’m like, ‘Dude, I’m fine. I’m doing great!’ Even on my bad days, I’m still laughing.”

OK, My Last Days is definitely not depressing, but if you still want to watch the Olympics, don’t worry. My Last Days episodes air Thursday and Friday evenings, and if you miss these, they’ll live online via the newly launched site CWGOOD, so it doesn’t matter when you watch, really. Just don’t think it’s depressing.

“It’s an inspiring show,” Baldoni says. “This is a show about life. The dying is the vehicle end. It’s not what the show’s about. … Does thinking about living and seizing the day and fixing relationships and calling family members and being happy make you depressed?”

If you want to learn more about the cast members and/or give money to their causes, My Last Days has launched a GoFundMe campaign. Donations to Claire Wineland will go to Claire’s Place Foundation, which aids cystic fibrosis patients with their everyday needs, and money given to Jess Oldwyn will go to help her defy the odds and “keep living a little bit longer.”