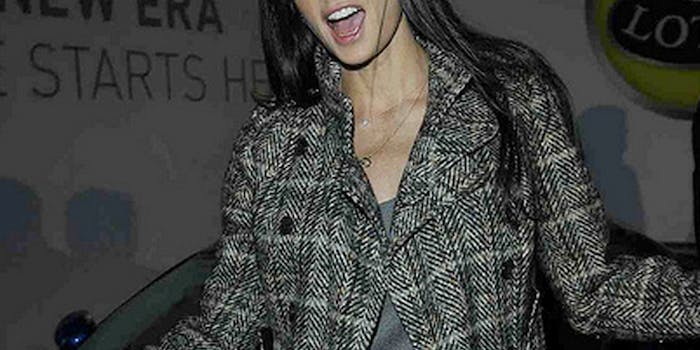 Stop the presses! The actress is now tweeting under @JustDemi, while her old alias has already been snached by a Twitter squatter.

Demi Moore’s cleansing process of ridding herself of anything Ashton Kutcher-related is now complete.

The actress changed her Twitter name from @MrsKutcher to @JustDemi on Thursday, nearly six months after her divorce from actor-turned-CrunchBase star Kutcher.

“So hard finding a name that was fun somewhat playful and available. So for now it will be @justdemi It could grow on me!,” she tweeted to her five million followers after ashing her cigarette.

Her new name, obviously mulled over by focus groups and endless meetings by Team Demi, was three weeks in the making. Her former name, @MrsKutcher, has already been picked-up by a confused squatter. “Hello?..,” was its first tweet.

Many followers took the time out of her day to wish her congratulations, like Simon Everitt, who tweeted, “Good luck and May the 4th be with you…”

Others, discouraged by the breathless media coverage the name change received, tweeted their ambivalence.

Robin Wauters echoed that sentiment: “We live in a world where Demi Moore changing her Twitter username from @mrskutcher @justdemi is apparently earth-shattering news.”

We’ll keep you updated if she changes her name again, since it sounds like that’s what you guys want.