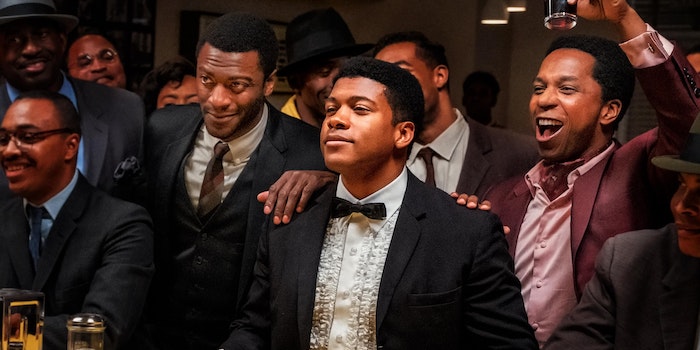 One Night in Miami/Amazon Studios

One Night in Miami faces all the usual challenges of a celebrity biopic, multiplied by four. Set (as you can probably tell by the title) over the course of a single night in 1964, its main characters are four titans of 20th-century American culture: Malcolm X, Cassius Clay (soon to become Mohammad Ali), singer/songwriter Sam Cooke, and record-breaking football star Jim Brown. Can you introduce this many heavy-hitters without descending into pastichey celebrity impressions? As it turns out, the answer is a resounding yes. With particularly strong performances from Hamilton‘s Leslie Odom J.r (playing Cooke) and British actor Kingsley Ben-Adir (playing Malcolm X), One Night in Miami offers an engaging glimpse into a fictionalized moment in these men’s lives.