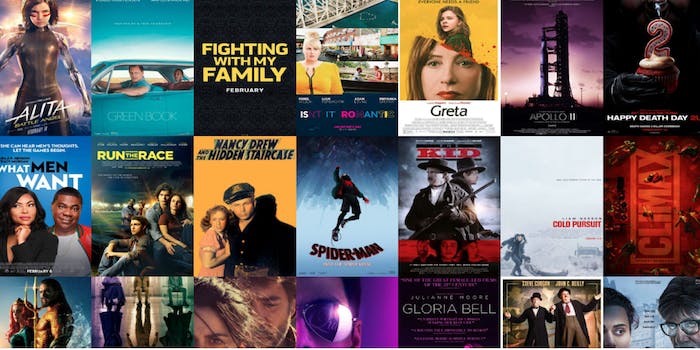 There is some fine print, of course.

Just when you thought you were out, MoviePass pulls you back in with another random pricing plan.

It’s been quiet on the MoviePass front, what with the fraud investigations, money troubles, glitches, confusing pricing plans, and dubious resubscription efforts. But now the company has apparently rebranded its popular unlimited plan—the one thing people came to MoviePass for—as MoviePass Uncapped.

This new new plan will reportedly cost $19.95 a month, though that plan is currently discounted to $14.95 on the MoviePass site. If you pay for a full year, the “limited time offer” is $9.95 a month, which was the price of the original unlimited plan. It’s not clear how “limited time” that offer is, however.

Both pricing plans have a disclaimer, warning that “Your movie choices may be restricted due to excessive individual usage which negatively impacts system-wide capacity,” which means it’s neither unlimited nor uncapped, and you might not be able to see the screening you want to see. In the lengthy “terms” portion, it adds that “MoviePass reserves the right to change or modify the Service or subscriptions at any time and in its sole discretion, including but not limited to applicable prices, without prior notice.”

It sounds like not much has changed in the MoviePass model; it’s still allowed to change pricing on a whim, and considering its history, users might not want to invest in a whole year. Ted Farnsworth, CEO of MoviePass’ parent company, told the Wrap that “Over the last several months we really wanted to slow everything down and look at all the fraud and misuse. We’ve continued to raise money and, with MoviePass itself, [we’re] taking a step back and figuring out how to move forward.”

In the months it’s been away, other competitors, like the Alamo Drafthouse, have launched their own unlimited plans.