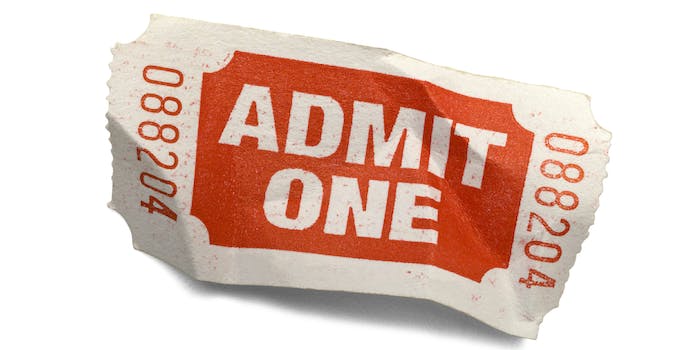 At the end of July, MoviePass reportedly ran out of money and saw glitches and blackouts on its app across the country. This led to a wave of subscribers trying to cancel their accounts in an effort to escape this modern purgatory. But now it seems even canceling your subscription won’t help.

Vox details how, after MoviePass announced its new three-movie-a-month plan in early August, people opening the app were shown a screen detailing the updated plan and given the option to accept or see more details. You can X out of that screen, which apparently does opt you out, but if you hit “I Accept,” it appears any cancelation on your plan disappears.

Elsewhere, people have been tweeting about canceling their accounts only to see them be reactivated.

So I canceled @MoviePass during the outage a couple of weeks ago… and they re-enrolled my account without approval. After trying to cancel again, the app won’t let me. Pretty sure this is illegal. pic.twitter.com/iUFaBR3urN

I finally canceled my @Moviepass subscription yesterday and today I got this email. Then I tried to quit AGAIN, and it wouldn’t let me. What kind of Twilight Zone shit is this pic.twitter.com/1lv1OG2we3

Heads up to anyone who canceled MoviePass.

The email many subscribers received notes that “If you had previously requested cancellation prior to opting-in, your opt-in to the new plan will take priority and your account will not be canceled.” The new plan is set to take effect on Aug. 15.

The page “How do I cancel my account?” was just updated today, but at the very bottom it does say: “Your MoviePass account will remain active until the end of the current billing period.”