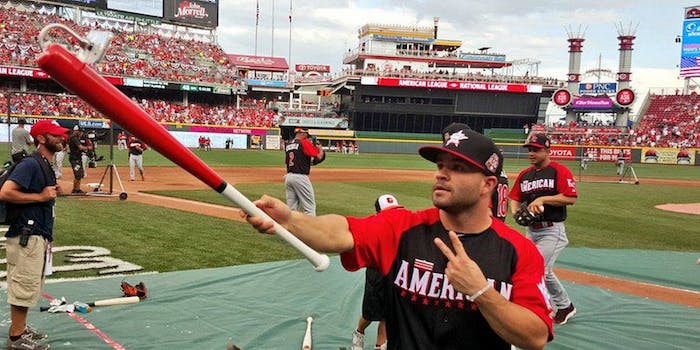 Look for many baseball bat selfies.

Major League Baseball already dominates the American professional sports scene when it comes to how much people use its livestreaming platform. Now, its players are looking to take over the social-media world, too, through a day of Snapchat photos and videos.

MLB announced Friday that it was teaming up with Snapchat on March 11 to publish Snapchat stories while spring training games are in progress. All 30 teams will participate, and unlike the regular season, during which in-game social-media participation is banned, players can record videos and take pictures from the dugout and bullpen and send them to Snapchat.

The day will also feature the return of SnapBat, which debuted at last season’s All-Star game festivities.

The MLB–Snapchat partnership began last season when they created a weekly story every Wednesday by aggregating photos and videos from teams and fans. Now, the two parties have agreed to a multi-year deal that includes MLB Stories and more access to Opening Day, the All-Star Game, and the playoffs.

To get a sense of what might happen on Snapchat Day, watch what happened when Rays starting pitcher Chris Archer took over the MLB Snapchat account last week.