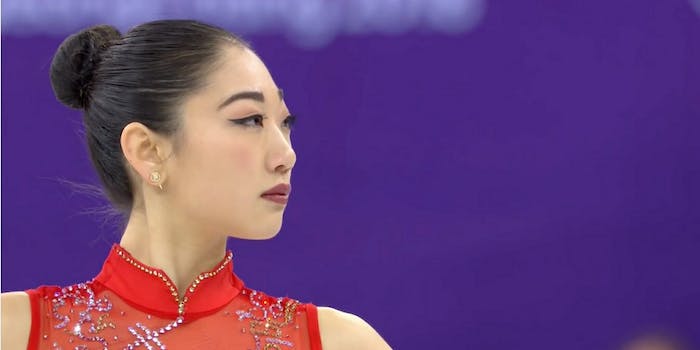 Mirai Nagagu is the third American woman to land the move in competitive skate.

Figure skater Mirai Nagasu has become the first American woman to land the triple axel jump at the Winter Olympics.

The difficult jump, recently popularized in 2017’s Tonya Harding biopic I, Tonya, was landed by the film’s protagonist in 1991, then by Kimmie Meissner in 2005. Nagasu is the third American woman to pull off the maneuver in competitive skating.

I watched Home Again on the way to the Olympics and I know it’s a movie but I wished you were my mom. You’re my hero. ❤️ https://t.co/LRHEMEXroE

Thank you so much! https://t.co/WbjfeCCY3P

Looks Nagasu’s been warming up for this move since April.

Hey world,
This is what I've been up to.

Watch Nagasu leap into the history books below: