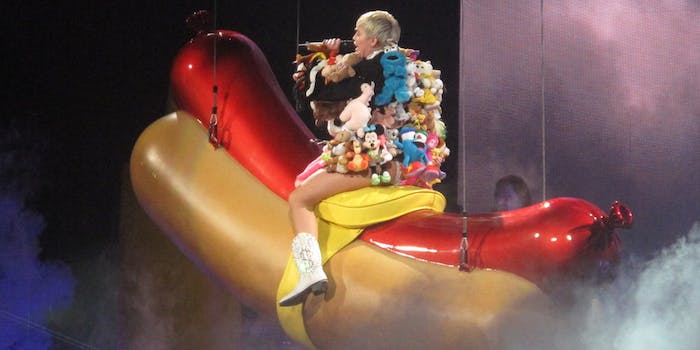 This college is actually offering a course on Miley Cyrus

Don’t forget to do your hometwerk.

This summer, Miley Cyrus is following in the footsteps of Beyoncé, Kanye, and Jay-Z. No, she’s not going to move her musical style even further towards R&B or rap (or, at least, not that we haven’t heard). Like Queen Bey and the two reigning kings of hip-hop, Cyrus is getting her very own novelty college course.

Skidmore College is offering a summer school class about Miley Cyrus called “The Sociology of Miley Cyrus: Race, Class, Gender, and Media.” The course description promises to use “Miley as a lens through which to explore sociological thinking about identity, entertainment, media, and fame.”

It sounds fascinating, but the instructor, Carolyn Chernoff, wants students to know it’s not a bird course.

“I created it as a creative and rigorous way of looking at what’s relevant about sociology and sociology theory,” Chernoff told Skidmore’s college newspaper, the Daily Gazette. “Miley Cyrus is a surprisingly complicated cultural moment.” Cyrus’ performance at the VMAs last summer announced her arrival as an official pop provocateur, and Chernoff wants to examine Cyrus’ identity shift from a wholesome Disney star to a deliberately racy adult pop act.

Unfortunately, it doesn’t look like attending Cyrus’ Bangerz tour will get students any extra credit.