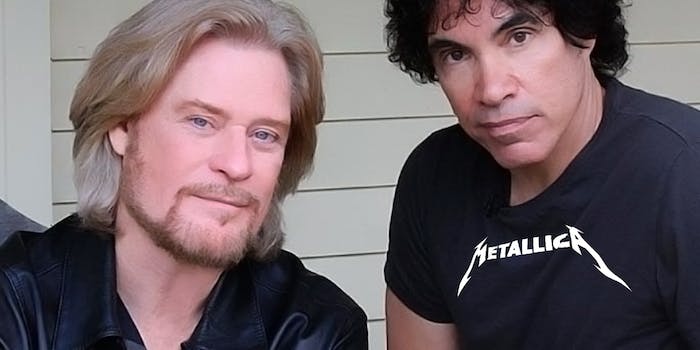 Sleep with one private eye open?

Mashup master Neil Cicierega, known for his Smash Mouth–heavy Mouth Sounds mixtape, has given the world a new drug. He’s synthesized the essence of Hall & Oates’ pop masterpiece “I Can’t Go for That (No Can Do)” and Metallica’s “Enter Sandman.”

As witnessed with Isosine’s Taylor Swift/Nine Inch Nails mashup, sometimes the choruses of two disparate songs fall into each other’s arms. Enter “I Can’t Enter That (No Sandman).” James Hetfield is no Daryl Hall, but this beautiful puzzle imagines an alternate reality where his voice is somewhat soothing and devoid of its signature “yeah!” fallback. And just wait for the sax solo.

Perhaps this mix can help Hall and/or Oates make it through their very real lawsuit against the makers of Haulin’ Oats.