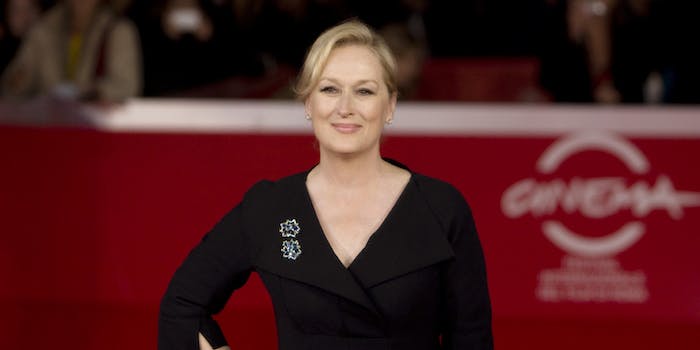 You need to hear Meryl Streep’s take on beauty standards

An old Meryl Streep interview is given new life with animation.

Hollywood culture has changed dramatically in the last half century, and nobody’s realized that more than the people who were there.

A new video from PBS Digital Studios’s Blank on Blank series brings a 2008 Entertainment Weekly interview with Meryl Streep to life, much like it did with Philip Seymour Hoffman last month.

In it, she’s rather up-front about beauty, going from Yale to Hollywood, the sexist norm that appeared in a ’60s women’s magazine ad, and how she was more focused on her career than what she wore, which put her on many a fashion critic’s blacklist.

“I loved to wrangle my talent, my need to express myself,” Streep said. “I liked to do it that way. I never thought I was somebody that would be on the cover of magazines in fashion wearing fashions! It’s not me. But that is what movie stardom entails.”

She even has her doubts as an actor, but she wants her work to speak for her.

“I have a lot to say about the world, clearly,” she said. “Only I can’t put together, as you can see, a clear sentence about it all, but through the work, I can say what I think.”