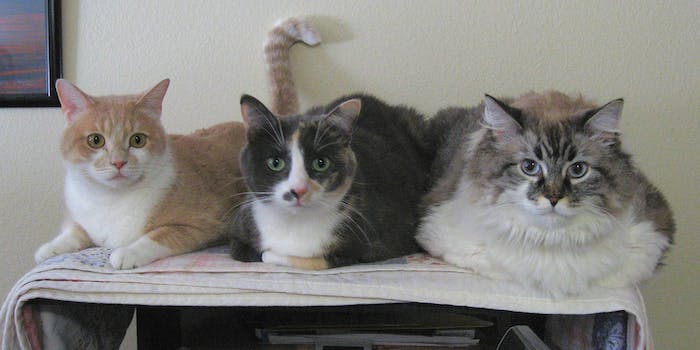 Do we really want a whole album of cat sounds?

Last summer, it was announced that rapper El-P, one half of hip-hop duo Run the Jewels, would start working on a remix album of the group’s Run the Jewels 2. It would be called Meow the Jewels, and it would consist of cat sounds. Because this is the Internet, the Kickstarter for the album collected more than $65,000 to make it a reality.

El-P auditioned real cats last fall, but it seemed like it was going to be a lot of work: Cats don’t just do whatever you want them to. Alas, yesterday El-P teased a clip from the album, leaving many to wonder if we really wanted a hip-hop album full of cat sounds.

El-P reminded everyone that yes, apparently we did want it.

He also teased the group’s upcoming Run the Jewels 3 last week, but it sounds like something’s missing.