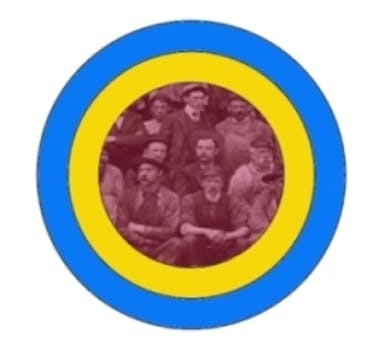 Strolling the historical halls of “The Memory Palace”

Ahead of his debut episode for Parks and Recreation, Nate DiMeo discusses his economical and highly addictive podcast series.

The Memory Palace is a lot of things—wistful, often sad, imaginative, evocative, reflective—but it’s also, almost above all else, astonishingly efficient.

Within a mere 30 minutes or so of cumulative podcast time—enough for several of The Memory Palace’s brief episodes—Nate DiMeo can tell you a handful of stories, little pearls of obscure history, and true-life folklore. There’s the tale of John R. Brinkley, the doctor who claimed to be able to cure male impotence by transplanting goat testicles into men and who eventually fled to Mexico to hawk his quackish medical procedures over pirate radio. There’s the story of Jenny Lind, the Swedish opera singer who was a global phenomenon in her day and of whom no recordings exist. There’s a spellbinding examination of the many and varied attractions of the ambitious Coney Island amusement park Dreamland, which burned to the ground in a massive conflagration in 1911.

Roughly every month, DiMeo releases one of these stories into the world. There are no interviews and no guest hosts, and the production is fairly modest. Most episodes of The Memory Palace consist largely of DiMeo’s underplayed narration and a smattering of musical cues. Some episodes stretch out to 15 minutes; others dip below the five-minute mark. The recently released 50th episode is a mere 90 seconds.

The podcast, in other words, is economical—and a relentlessly addictive, sometimes-tragic, sometimes-comic listen. Its listeners, and DiMeo’s friends, are sometimes surprised to learn that DiMeo, a public radio veteran, is by his own declaration not exactly a history buff.

“To this day, I read very little history, in terms of sitting down and reading an actual history book or biography, but I am always drawn to stories of the past,” explained DiMeo, speaking via Skype from his home in Los Angeles.

“My ears and eyes are kind of always open. For a long time the stories of The Memory Palace were simply anecdotes that I’d been struck by over the years that hung with me. I’m fascinated by why certain things hang with me, and move me once and kind of move me still. … What is it about these history stories that I may have caught a smidgen of in the middle of a documentary or heard in the middle of some historic home tour? Why do those anecdotes both speak to me and speak to something larger? I wanted to figure out why.”

DiMeo developed his natural ear for nuggets of history growing up in New England—a part of the United States with, as DiMeo explained, large amounts of “capital H History”—and hearing the passed-down stories of his family. (For a time in his 20s, DiMeo lived in the same house that both his mother and grandfather grew up in.) A great many of The Memory Palace’s episodes delve into stories that DiMeo heard in some form or another over the years—bits and pieces of Rhode Island history passed down through the generations.

DiMeo had long loved the radio—it was an ever-present fixture in his childhood home, owed partially to his father’s love of music—but it wasn’t until Rhode Island finally received an NPR station that he began to be fascinated by public radio.

“There were two stories on All Things Considered, in particular, that I remember,” DiMeo recalled. “One was, I believe, about a kid who died falling out of an outdoor window, and it was so heartbreaking and so moving and so unlike anything I’d ever heard before, And I recall also listening to This American Life, and thinking ‘Oh shit, here might be the thing that I want to do with my life.’”

DiMeo began hanging around Providence’s NPR station, leading to a decade-long career in public radio that saw him assisting with special coverage of September 11 in Boston and doing work for such flagship NPR programs as All Things Considered, Morning Edition, and Marketplace. He left NPR to relocate to Los Angeles to join then-girlfriend, now-wife Leila Gerstein—creator of the CW’s Hart of Dixie and former writer for The O.C. and Eli Stone. 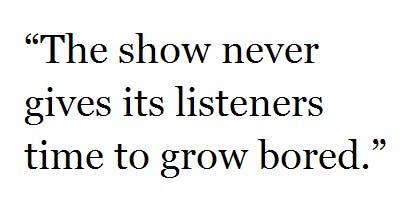 He began The Memory Palace with the initial intent to carve out a space for the show on public radio, reasoning that history was one of the last corners of the humanities ill-served by NPR. Although the episodes of The Memory Palace have made their way to public radio—one episode was commissioned specifically for 99% Invisible, for instance—that goal has largely receded into the background and the podcast has picked up its own steam. Last year, Maximum Fun added The Memory Palace to its roster of shows.

“Four years later, I still love doing these short stories, and the truth is that once I realized it wasn’t really happening, that kind of freed it up a little bit,” DiMeo said. “That let me make it a little bit more of an art project, which I feel like has benefitted the show, and certainly benefitted me.”

Over that time period, certain tendencies have emerged in The Memory Palace, such as its tendency to tell stories centered in New England and to focus on the late 19th and early 20th centuries.

“That’s sort of an extraordinarily exciting time in the Western industrialized world, because I feel like that’s the time that modernity is invented,” DiMeo reasoned. “It’s the time when people start living lives that are, more or less, like ours. That’s when the metastructures that we kind of continue to drape our lives over start to get built. And it’s exciting to think about the sort of first encounters with aspects of our lives that are mundane today. A lot of The Memory Palace’s episodes address that.” 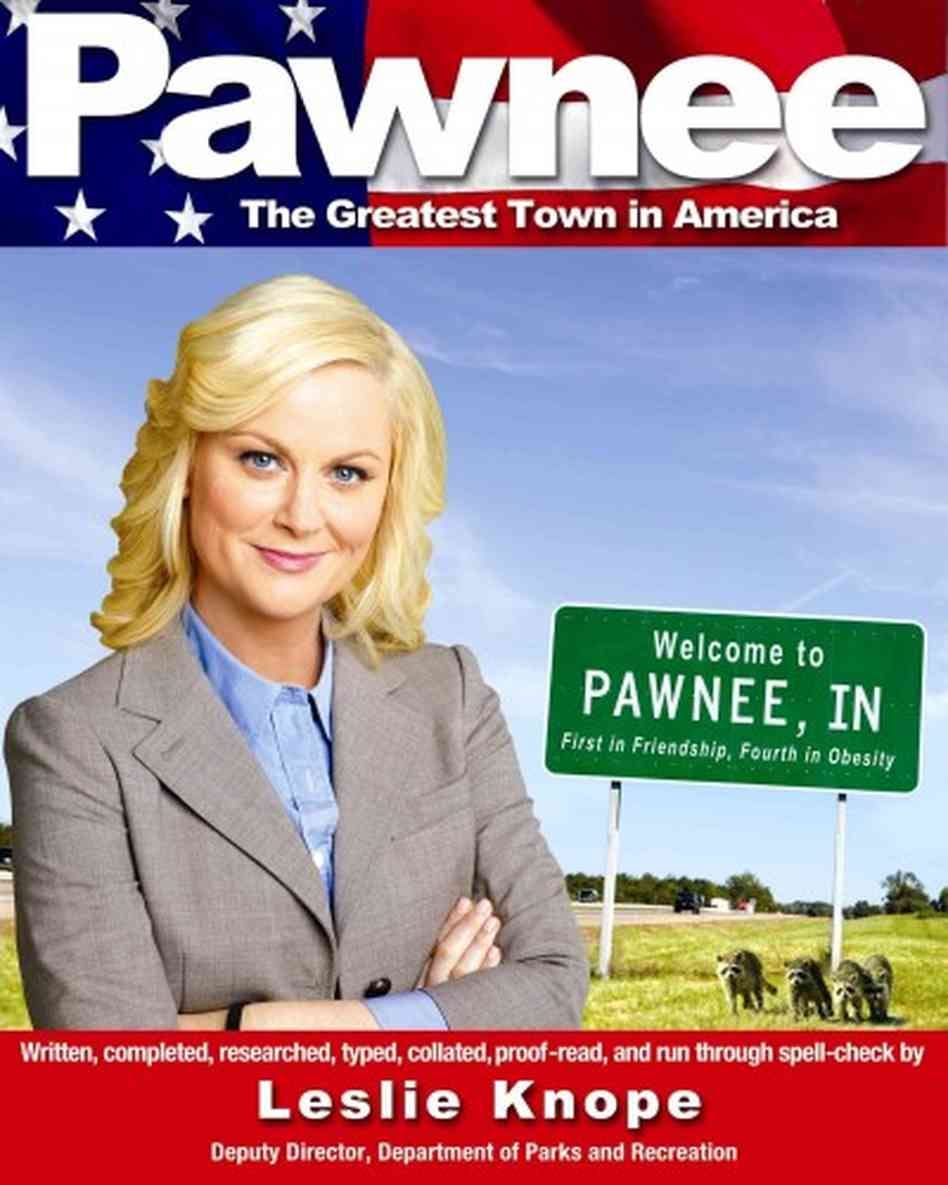 That The Memory Palace is not on public radio has other benefits. It grants DiMeo time to pursue other projects—time he’s taken plenty of advantage of. He’s currently working on a video version of the podcast and often writes for a variety of outlets. Perhaps most famously, he penned Pawnee: The Greatest Town In America, a book spin-off of NBC’s Parks and Recreation. A winningly funny exploration of the fictional town Pawnee, its wistful, history-centric style shares some of the DNA of The Memory Palace. One section of the book, which finds a visitor to the show’s Harvest Festival getting stuck on the ferris wheel, DiMeo said is “like four different Memory Palace episodes in one.” The book led to DiMeo getting tapped to work on the show; he wrote the episode that debuts on NBC tonight.

And perhaps best of all, The Memory Palace’s status as a podcast allows the show its idiosyncratic variable lengths. The show’s often-short run times are, DiMeo said, entirely on purpose. Brevity’s a strength that DiMeo developed while working on NPR shows like Marketplace, and it’s one of The Memory Palace’s greatest features. The show never gives its listeners time to grow bored.

“It’s just that I still believe that most things are better shorter,” DiMeo stressed. “It’s not an attention span thing; it’s that when I think back to the greatest concerts I ever saw, what hangs with you is that first 17 minutes before the chills subside and you have to shift your weight or sit down for a second or have to pee or whatever.

“I think, particularly, of a couple of punk rock shows that lasted maybe 12 minutes but were two of the single greatest things I’ve ever experienced, simply because they never outstayed their welcome, and never left that phase where the hairs on the back of your neck go back down.”

Photo via The Memory Palace/Twitter