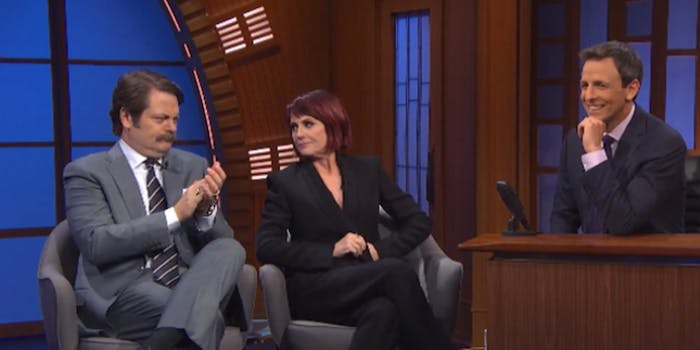 Please tour the world with your songs, Megan and Nick.

Megan Mullally and Nick Offerman are the couple we all aspire to be: They complement and support each other, make each other laugh, and have no problem expressing their love via explicit rap songs.

Last night on Late Night with Seth Meyers, Mullally performed a bleep-filled rap, which may or may not be included in their new theatrical production, Summer of 69 (no apostrophe).

Here’s part one of the interview: