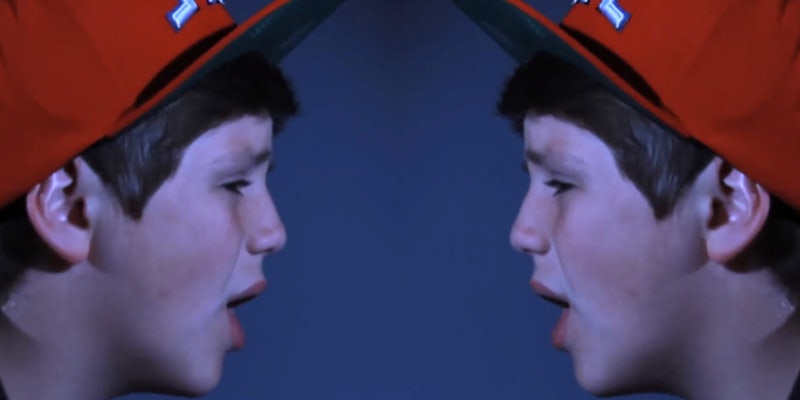 Who is 11-year-old YouTube star Matty B, and why is everyone so mad at him?

“I never read negative comments and that is the best way to stay positive."

In April, an 11-year-old rapper named Matty B posted a cover of the Notorious B.I.G.’s “Juicy” to YouTube. It has more than 6,000 dislikes, and 1 million views. The YouTube peanut gallery voiced its usual barrage of dissent:

“Yo you ain’t about that life take this shit down, you can’t compare you little rich kid.”

“I’ve heard of you for a minute MattyB, I never left hate comments, but this is too far. I know you want to make music for kids your age… But never remix a song made by a legend rapper who’s dead. You might get threatened for this, seriously.”

Who is Matty B and why are people so mad at him?

In the current YouTube cycle of star-making and reinvention, you have to be more than a channel. You have to be a content creator. Matty B is an 11-year-old from Georgia, but he’s also a brand, one with 500,000 Twitter followers, more than 2 million YouTube subscribers, and 5 million likes on Facebook. He’s not just an Internet brand—he’s a family-friendly one.

Thumbs up if you are excited about school letting out for summer! #Friends #Fun #NoHomework pic.twitter.com/G8ezViHoAx

That family-friendly appeal extends to his webseries, Matty B’s World, in which the day-to-day life of an 11-year-old YouTube-famous rapper living in Atlanta, Ga., is documented. We see him interact with his mom, Tawny; his dad, Blake; and his little sister, Sarah Grace. In the debut episode, he and his dad, who’s also his manager, discuss whether Matty should cover Jason Derulo’s “Talk Dirty.” Matty talks his dad into revising it to “Drop Dirty” so he can perform a G-rated version with up-and-coming singer Chloe Channell, who was on America’s Got Talent. As one does at age 11.

Via email, Matty says he didn’t know much about YouTube until his cousin, Mars, moved in.

“I always wanted to watch YouTube anytime I was allowed.”

Mars, a.k.a. Marshall Manning, functions as Matty’s editor and sounding board. Mars’s mother died from cancer when he was 18, and Mars moved in with Matty, his parents, and his sister and three brothers.

In 2010, Mars appeared on American Idol but was eliminated in the first round. He put out an album, titled Welcome to Mars. Soon, a Matty-Mars alliance formed on YouTube.

“I always like music with a cool beat and at first I wanted to take hip-hop dance,” Matty explains, “and then my big cousin, who was a rapper, moved in with our family and he started making YouTube videos and that’s how it all began.”

“All the boys saw him as a big brother,” says Blake Morris, Matty’s dad. “So I kind of got tricked into letting Matt into the entertainment business.”

When I speak to Morris, he relates that Matty’s been at lacrosse camp, and that he’s officially out of school for the summer. In the fall, he’ll be in fifth grade, and Morris stresses that he tries to only work Matty eight to 10 hours a week, in an effort to give him a normal 11-year-old’s life. He’s not a stage kid.

“I remember when he was little, from the time he was old enough to express music, he would dance around,” Morris says, “and he was driven to an 808-type beat. We didn’t know what kind of performer he was until we put him on stage at age 7.”

As for Matty’s first YouTube video, Morris says, “We did it as a marketing play for Marshall. We produced the ‘Eenie Meenie‘ video; that was the beginning. We knew he might be a novelty, but we cultivated that.”

Matty B also performed Katy Perry at age 7. At age 8, a false rumor spread that he had been killed in a car accident. At 9, he covered “Boyfriend,” which has 87,000 dislikes.

He’s essentially grown up on YouTube. His fans—”BBoys” and “BGirls”—now span continents. How does he carry the burden of being called the next Bieber?

“Justin Bieber’s music has been awesome for me and he and his team have always been nice to me,” Matty says.

Did he expect the comments on that Notorious B.I.G. cover to be so divisive?

“We want Matt to be exposed to some of the greatest rap styles ever,” Blake explains. “With Biggie, here’s the story of someone who lost his life; we prayed for them, and Matt loved the song. Matt wouldn’t know if that video’s controversial or not. He needs to develop his own style, that’s why we don’t mind doing covers. It’s part of artist development.”

Blake says Matty likely doesn’t even know about the controversy in the comments section. He tries to shield him from some of the more antagonistic corners of the Internet, and the family handles social media.

“Matt still doesn’t know what a lot of that means,” he says. “There’s things that he’s said to us that show his innocence. If Matt is asking to sing something like [‘Talk Dirty’], it’s because he likes the beat. It’s finding a balance and letting him evolve through adolescence. If anything, we’re forbidding the fruit more than normal parents, because of where he’s headed.

“Does Matt engage his fans? Absolutely. We keep him engaged with the positive side of that. He has an iPhone, so he can look it up, but he’s immune to a lot of that. His earlier videos got a lot more hate.”

In March, Matty B scored a deal with Endemol Beyond, the digital content creation and distribution company that recently gave Courtney Love her own YouTube show. The company’s attempting to mold Matty’s pop image in the era of Patrice Wilson’s YouTube hit factory, and multi-hyphenate teen Vine stars. Matty has fans devoted to his brand on YouTube and Facebook, but can it survive outside the Internet? This vlog partnership with Endemol might end up on as a TV deal, if they can “incubate” an audience, Blake says.

Matty B’s about to embark on a summer tour. He seems to be living that super-positive lifestyle, unencumbered by the specter of Internet fame, at least for now. He’s definitely got the messaging down.

“I never read negative comments and that is the best way to stay positive,” he says. “Just ignore the haters, and that is what I rap about, to help others! I get so much love from my fans it is hard to ever be anything but positive.”