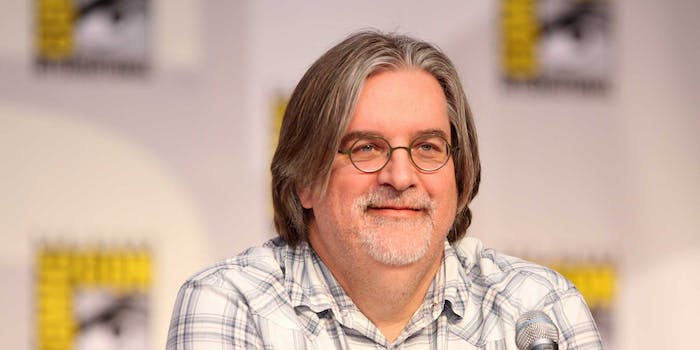 The creator of 'The Simpsons' and 'Futurama' would be a welcome addition on any network.

Matt Groening, creator of The Simpsons and Futurama, is reportedly in talks with Netflix to create a new animated series, according to Variety.

Netflix reportedly wants two seasons of 10 episodes each, an unorthodox choice made deliberately to apparently offset production costs. Negotiations are ongoing and reports are attributed to an unnamed source.

Groening is considered one of the great cartoonists of all time thanks to his two award-winning series. He still serves as an executive producer on The Simpsons, 22 seasons after the show’s legendary debut.

Netflix currently has three animated series under its belt: BoJack Horseman, F Is for Family, and the upcoming Dr. Seuss’ Green Eggs and Ham. The former two shows have received generally positive critical reviews, but Netflix’s best-received shows are all still live action.

With Groening’s track record, it wouldn’t be much of a shock to see him change that.