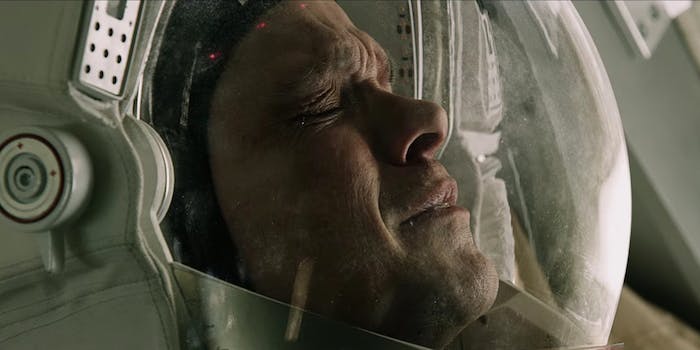 How much would it actually cost to rescue Matt Damon’s movie characters?

Dude loves to get stranded.

If there’s one thing we’ve learned from Matt Damon movies, it’s don’t agree to go on a mission with him. Dude loves to get stranded.

In fact, his characters get stranded so often that Quora user Kynan Eng decided to tally up how much money it would cost to save all of them from their various predicaments.

First, he listed the budgets for the films where Damon’s character finds himself in need of a rescue:

Then, he paired those with the cost of each rescue mission:

That’s a $900 billion tab on a $729 million budget. In other words: “making the Matt Damon movies has cost about 0.1% of the ‘real’ cost to actually send him on all of these business trips.”

Maybe he should stick to Earth for the time being.