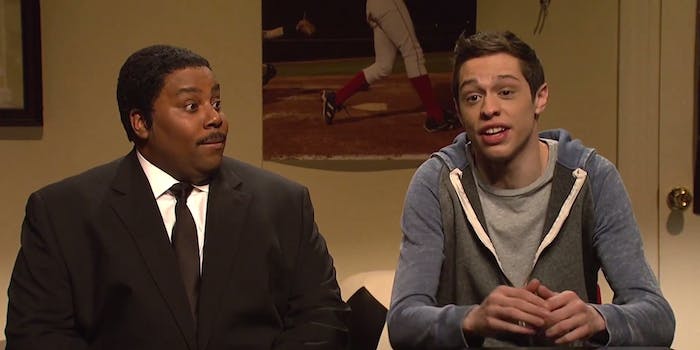 The dream was good while it lasted.

Martin Luther King Jr. might’ve had a dream, but it probably wasn’t like this.

In Saturday Night Live’s cold open, he comes back as a ghost to help a student who has to write a paper on him and everything he’s done. And while King might have his own holiday when three white presidents have to share one, he starkly discovers just how far away that mountain he talked about really is.

Despite the #progress that’s been made, it’s turned into a day people can take off, his name is on streets (in not-so-nice neighborhoods), and protests have evolved into nothing more than hashtag activism. And King reminds us with a single facial gesture how absurd Selma’s Oscar snubs really are.

It sounds a whole lot better on paper—or the Wikipedia page.