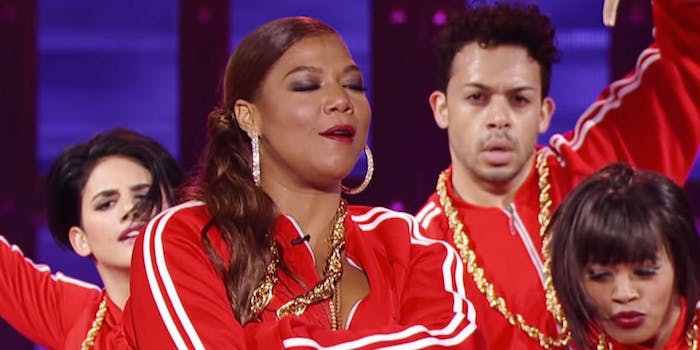 Queen Latifah knows how to warm up the judges.

In the first round, Marlon Wayans took a spirited run around Pharrell’s “Happy,” complete with his trademark hat, but Queen Latifah dropped the mic with her take on En Vogue’s hit “My Lovin’ (You’re Never Gonna Get It).”

For round 2, Wayans did an emotional reading of Sam Smith’s “Stay With Me,” but Latifah explained she was going to “smash him,” then literally dropped the mic on LL Cool J’s “Rock the Bells.”

Obviously Latifah swept the battle, but that song might have had something to do with it.