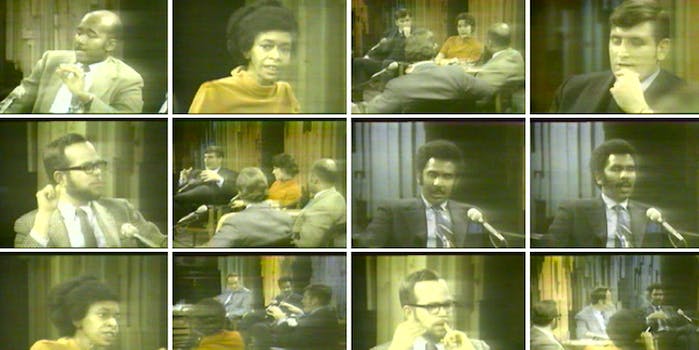 Marion Stokes taped the news for 30 years. Now the Internet Archive is digitizing her vision.

When Marion Stokes passed away in 2012, she left behind a family and personal legacy. She also left 40,000 VHS and Betamax tapes in her Philadelphia home, filled with local and national news shows she’d dutifully recorded for three decades.

Between 1976 and 2012, Stokes taped shows she thought might be important one day. Metelits says there were two triggers for her to start: The Iran hostage crisis of 1979, and CNN launching as a 24-hour news source. She wanted to catch news as it evolved.

The Internet Archive took on her massive collection, and earlier this week, the first digitizations from the project were uploaded to the site for free download. It’s a talk show called Input, which Stokes coproduced with her husband, John Stokes Jr. The program aired Sunday mornings in Philadelphia between 1968 and 1971.

Metelits has been in San Francisco this past week, visiting the Archive and sitting in on the process. He says that many of clips he was shown he remembers from childhood. Stokes would often appear on Input as well, and seeing his mother as she was then was an emotional experience.

“In one of the clips, she kind of walked on with a microphone to insert something she thought was being missed,” he says. “She was a big personality, very charismatic, very forceful, very sure of her own capacity to contribute intellectually to any conversation. She was alarmingly intelligent. She had an eye for detail and an eye for the big picture.”

Trevor von Stein, one of the Internet Archive’s many volunteers, started at the nonprofit at the beginning of February, and two weeks later, was given a stack of tapes to digitize. He says it took about four to six weeks, part time, to finish the initial project, which involved Input. 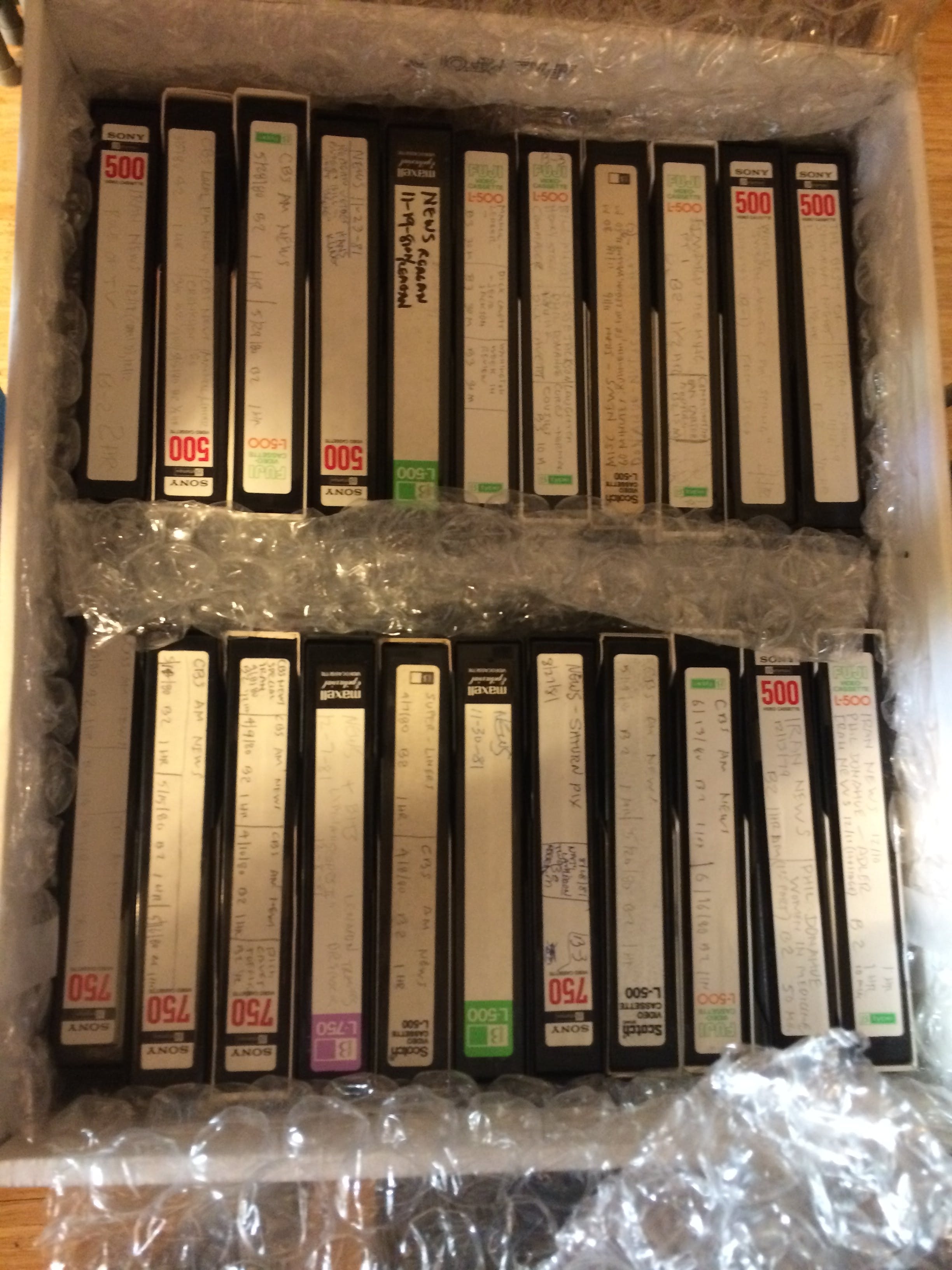 “I was not initially listening to the episodes, or carefully following the discussion or who appeared,” von Stein says. “But Roger Macdonald, the director of the televisions programs at Internet Archive, suggested I examine who some of these people were. We were all curious. I started checking, and the more I did, the more I thought it was worth thorough examination. The research was also partially a matter of verifying that I had transcribed the name correctly as well, to ensure accurate reference data. I wanted this material not only to survive, but to be findable on the Web.”

And the content of Input is astounding. Stokes was an activist, and the show functioned as a roundtable to discuss political and social issues of the day. Beyond making this content Internet-ready, von Stein says he got a bit of a history lesson. He describes some of the highlights:

“I found some unseen footage of people who were deeply involved in history. From John E. Fryer, who later went on to be Dr. Anonymous at the APA convention, or William C. Davidon, who only this year was revealed posthumously to be the ringleader of the Citizens’ Commission to Investigate the FBI. Peter Countryman organized the Northern Students Movement. Maggie Kuhn was the founder of the Gray Panthers. Ron Dorfman just passed last month; he and his partner were the first gay couple married in Illinois in December. Almanina Barbour was the fourth female attorney in Pennsylvania and is still practicing law. James L. Brown, Jr. redeveloped and helped restore the Parkside neighborhood in Philadelphia. Marjorie and Tom Melville were members of the Catonsville Nine, who stormed a draft office and burnt draft cards with homemade napalm, awaiting arrest, as a peace protest.

“Pete Seeger appeared on a program, titled ‘We, the Jailers,’ with recently released ex-cons on parole and the last warden of Eastern State Penitentiary, a psychiatrist who was very influential in the reform of prisons. Seeger plays a song, the performance hadn’t been seen in 43 years. Tony Avirgan was a social activist, now a journalist; he survived a bombing by the CIA reporting from South America during the Sandinista/Contra war. Janis Ian is on the show several years before her Grammy award-winning album. Civil Rights-era priests that desegregated their congregation, or hosted the ordination of the first female priests in the Episcopalian church, well before that was allowed.”

That Input was so groundbreaking, and that no one has really heard of it, speaks to what the Internet Archive is trying to achieve as compilers of useful, historical info. Coincidentally, Metelits says his mother never used the Internet, and was very conscious of surveillance online.

“She eventually adopted the mobile phone, but she never sent an email.”

Stokes’s eye for detail, and for the bigger picture, may sound like an obsessive hobby to some. But she did have a vision for her archive, and Metelits hopes it can impart some wisdom to the Internet generation.

“One of the really important things about the way the Internet Archive is cataloging this is it’s going to enable people who maybe have a narrow view of events to get a sense of the historical sweep,” he says. “This isn’t the first time Afghanistan’s been a problem, this isn’t the first time a particular politician has been in the news. This is going to provide a sense of the rhythm of news stories, for people searching for a particular politician. My hope is that it deepens public perception of not only how news was made, but the actual politics underlying the news, to help people have a more informed, intelligent engagement with politics.

“That was my mother’s dream for it.”

Screengrab via the Internet Archive