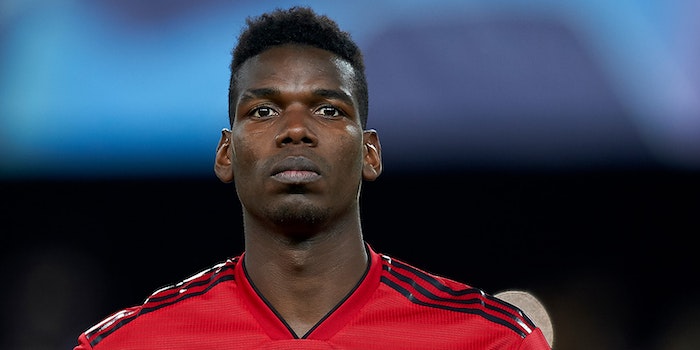 How to live stream Manchester United vs. Tottenham

It's a classic Premier League matchup between Spurs and United, except it's the International Champions Cup, and it's in Shanghai.

The 2019 International Champions Cup isn’t just happening in the United States. Shanghai will be the site of one of the most enticing matches for Premier League fans, as Tottenham Hotspur faces Manchester United. It’s on at a time of day that Premier League fans are accustomed to tuning in, and it’s a preseason test to help fans gauge where their teams are following differently disappointing seasons.

Here’s everything you need to know to watch Tottenham Hotspur vs. Manchester United at the 2019 International Champions Cup.

The match is on ESPN+; with its one-week free trial, it provides an easy way to stream Tottenham Hotspur vs. Manchester United and other International Champions Cup matches.

ESPN+ is a subscription service that extends ESPN’s existing website and app, and it’s essential for soccer fans, in particular, carrying select International Champions Cup matches, as well as Serie A+, MLS, USL, Copa America, and FA Cup matches. It encompasses other sporting events as well, including 20 exclusive UFC Fight Night events per year, 180 NHL games, at least one MLB game a day for every day of the season, and a cornucopia of college sports.

Tottenham Hotspur vs. Manchester United at the International Champions Cup: Why it matters

Spurs beat Juventus 3-2 in their 2019 ICC opener, with Harry Kane scoring a stoppage-time winner in a dramatic match. Spurs went up 1-0 on an Erik Lamela goal, gave away the lead via two second-half goals in a five-minute span (to Gonzalo Higuain and Cristiano Ronaldo), then got level courtesy of Lucas Moura. Though the London squad couldn’t deliver a Champions League trophy after valiantly reaching the finals, it’s back in Champions League and is poised to join Man City and Liverpool in what should be a very competitive Premier League race this upcoming season.

United, which finished sixth in the league last season, opened its ICC campaign by beating Inter Milan 1-0. Paul Pogba, who’s on the squad for the time being, may be en route to Real Madrid if transfer rumors are to be believed—depending on another set of transfer rumors involving Gareth Bale. Given that the ICC allows for multiple subs in a match, fans will get a chance to see United’s future as well as its present if it’s anything like the last match: 17-year-old academy player Mason Greenwood scored the game-winner to lift his team over Inter, even as Anthony Martial and Marcus Rashford featured.