A fictional history that feels a little too real.

This article contains minor spoilers from The Man in the High Castle.

It has taken a long time for The Man in the High Castle—the classic, Hugo Award-winning novel from Philip K. Dick—to make it to the small screen.

The book, which told of an alternate history where Nazi Germany and Imperial Japan won World War II, was published in 1962. The TV adaptation of the same name has been in the works since 2010 and changed hands a couple of times before ending up at Amazon Studios. The pilot debuted nearly a year ago as part of Amazon’s pilot season and was the most-watched pilot in Amazon’s history when it was greenlit in February. The 10-episode first season just debuted on Amazon Friday, free for Amazon Prime members to stream.

The show may be of an older time, but it has never been more relevant.

I watched the pilot episode of The Man in the High Castle shortly before chatting with showrunner Frank Spotnitz (The X-Files) and members of the cast at New York Comic Con. I read Dick’s novel in the month after NYCC and caught the rest of the season over the course of three days, thanks in part to press screeners offered by Amazon Studios. And as much as I tried not to, I couldn’t help but notice the unintentional parallels between this world and ours.

In the nearly two weeks since the Paris terror attacks, more people have been using World War II comparisons to describe how some U.S. politicians are reacting to the attacks and the Syrian refugee crisis. More than half the country’s governors have refused to take in Syrian refugees while the House of Representatives voted to halt the resettlement of Syrian refugees, bringing in comparisons to how Americans felt about Jewish refugees on the eve of World War II (the difference in circumstances aside). The mayor of Roanoke, Virginia, justified the internment of more than 100,000 Japanese-American citizens when discussing the Syrian refugee crisis. And Republican frontrunner Donald Trump is open to registering all Muslims in the U.S. in a tracking database, drawing more than a few literal comparisons to Adolf Hitler and an apparent rise of a “new American fascism.” 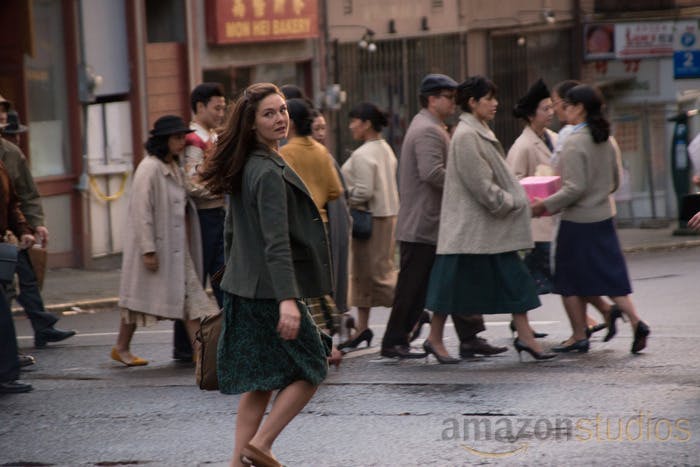 In the course of 10 episodes, Spotnitz and his writing staff manage to create a terrifying image of what American fascism would look like, even with a few character stumbles along the way. In that, The Man in the High Castle humanizes the people who do unimaginable things, demonstrates the effects of living in an oppressive government on its downtrodden citizens, and might even put you in the awkward position of hoping that someone doesn’t kill Hitler. It’s a slow burner of a series with an ending that makes it nearly impossible to guess how the writers will move it forward.

And it’s downright thought-provoking, even if you don’t take the recent political climate into account.

With an ensemble cast, The Man in the High Castle splits its time between New York in the American Reich, San Francisco as shaped by the Japanese-run Pacific States, and Canon City, Colorado, in the Neutral Zone with a vast range of characters. It takes until the very end of the first episode to find a character who isn’t white or Japanese, in part because that’s the world everyone lives in. The Jews were largely eradicated by the Nazis out east while the Japanese are slightly more tolerant (although Judaism is forbidden), whereas many people of color were forced out into the Neutral Zone. 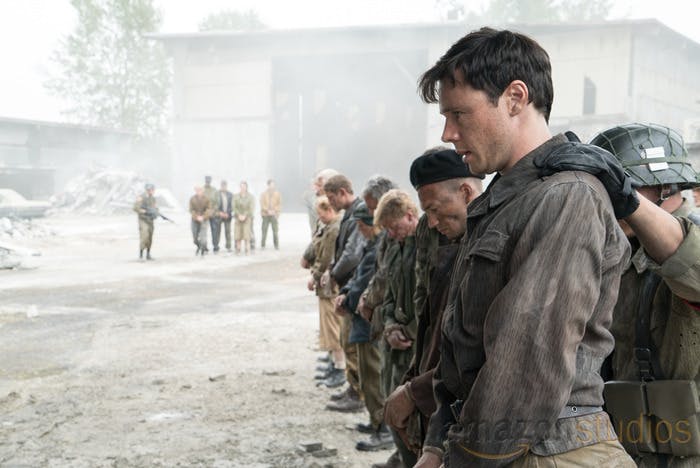 The most jarring thing about this show is not just the allusions to the horrific things the Nazis and Japanese have done during the war—and still do now that they’re in charge. At one point, two Nazi officers discuss the atrocities they’ve done during wartime: One expresses disgust while another feels the actions, while terrible, were necessary.

It’s not even how dejected and resigned everyone is about living in this world. It’s how normal it all is; there are enough similarities and kinship to our own world that The Man in the High Castle’s reality almost feels like ours, but there’s just something off about it.

Juliana Crain (Alexa Davalos) is the audience’s way into the show as a woman who’s mostly content with her life until her sister is killed for owning a film containing newsreels showing a reality in which the U.S. won the war. She takes her place in the Resistance and meets Joe Blake (Luke Kleintank), a Nazi secret agent who’s constantly switching sides. Her boyfriend, Frank Frink (Rupert Evans), wants nothing to do with it but is forced into the fray after being questioned by the Kempeitai (led by Joel de la Fuente) and the death of close family members—which demonstrates the ruthlessness of the government while possibly being an instance of a character being killed strictly to motivate the male character.

Meanwhile, as Germany and Japan are engaged in a Cold War of their own, people within try to prevent World War III from happening—a war which Germany would most certainly win. Japanese Trade Minister Nobusuke Tagomi (Cary-Hiroyuki Tagawa) works with a Nazi official posing as a Swedish businessman to even the odds while Obergruppenführer John Smith (Rufus Sewell) tries to stop the Resistance as he juggles family, trying to find the mole in his office, and the possible breaking point in his unwavering loyalty to the Reich. 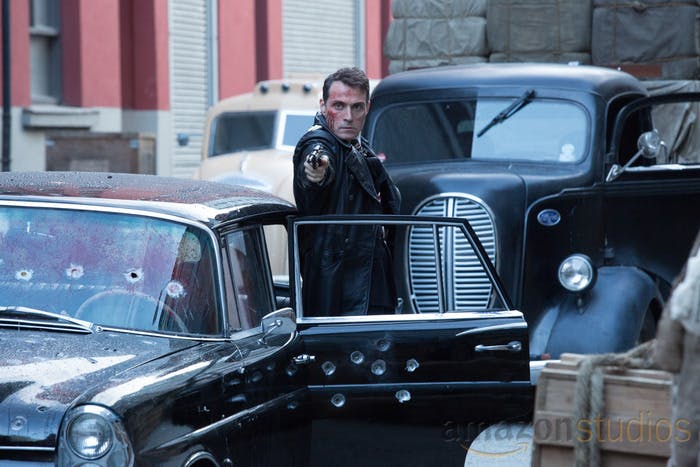 The show starts to pick up after Juliana and Joe leave Canon City, with the action fully kicking in around episode 6, and you’ll likely find yourself more interested in some characters’ stories than others; Tagomi is a particular highlight largely due to Tagawa’s performance. But the world and circumstances these characters live in are telling just as much of a compelling story as they are.

In order to obtain or preserve the world they want to live in, everyone has to make sacrifices. And where does that leave them? In a world where nobody really wins, and even those in power are on the edge of losing it all. But given that future seasons (which have yet to be confirmed by Amazon) will likely be inspired by themes from The Man in the High Castle as opposed to being a straight adaptation, it’ll be fascinating to see just how far the show takes it.