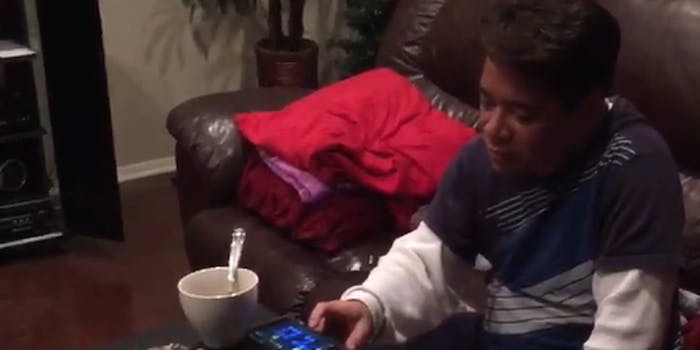 How one man discovered his dad makes fire beats

There's nothing like discovering your dad could be the next MikeWillMadeIt.

One of the purest joys of adulthood is when your parents surprise you.

After a lifetime of repetitive behaviors and thinking you know every nuance of who they are, they suddenly spring a new idea on you that brings a smile to your face.

For Twitter user @barkmaun, that moment came when he discovered his dad had mastered the art of making beats on his phone.

My dad's been using a beatmaker app all week and I came home to this 🔥😂 pic.twitter.com/fL6pHkhoKW

He came home on New Year’s Day to discover that his father had been playing on a beat-making app all week. He found him sitting, surrounded by speakers, deep in the groove of a surprisingly complex beat. It wouldn’t sound out of place on Jay Z’s classic Blueprint album, and for a middle-aged Dad with no prior production experience, it’s a damn incredible song.

Give the track a listen above, and remember that dads are often cooler than we give them credit for. Listen closely and you might just discover your pop is on his way to rap stardom.