His name is Edward Wayne Edwards.

Starting to get Making a Murderer fatigue?

Fan theories have gotten so intense in the month since the Netflix series premiered, directors Moira Demos and Laura Ricciardi had a sit-down on Twitter Wednesday to clear the air on some of the disputed issues. But one of the most basic questions in the investigation still remains: If Steven Avery didn’t kill Teresa Halbach, who did? A member of the FBI’s cold case task force thinks he could have the answer.

On his site, Cold Case Cameron, former police sergeant John Cameron suggests that Teresa Halbach’s death is consistent with the MO of Edward Wayne Edwards—a serial killer Cameron happens to be an expert on and have written a book about. Edwards died in 2011 while serving time in an Ohio prison, but Cameron thinks Edwards may have been responsible for many more deaths than the five he was convicted of, and investigators are starting to believe he could be right.

Some of the most infamous unsolved murder cases in recent American history could have been Edwards’ work, Cameron claims, including the Zodiac murders, Jon Benet Ramsey, the West Memphis Three, and Chandra Levy. Now that he’s seen Making a Murderer, he believes Edwards could have been responsible for Teresa Halbach’s death too.

Before you ask how one killer could possibly be tied to all these random cases, note there’s actually a good amount of evidence. For each killing, Edwards was nearby, had written letters to press, police, or the families of the victims, and had even published blog posts about the cases. Edwards’s daughter, who ultimately turned him in to police, released information that links Edwards to more murders than he ever ended up being charged with.

While none of the evidence tying Edwards to Teresa Halbach is rock-solid, there are certainly enough coincidences to warrant a closer look. According to Uproxx, the timing (Halloween) and location (Wisconsin) both line up with Edwards’s habits. Plus, there’s this creepy connection:

Edwards has a history of showing up at funerals and trials of his victims. Cameron contends he’s been caught on camera doing this a few times, appearing in the background of a documentary on the West Memphis Three. As for the Halbach case, take a look at someone Cameron noticed in episode six of Making A Murderer: 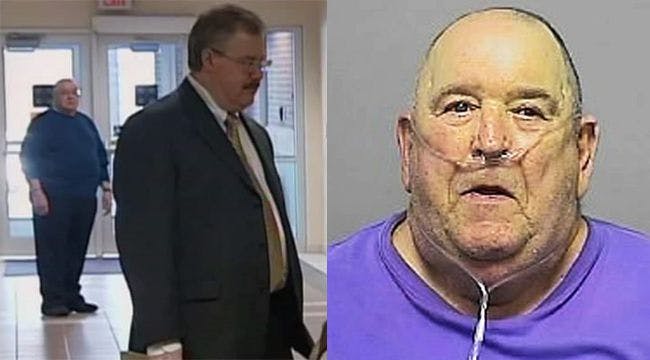 Is this new theory far-fetched? Maybe. But it’s still pretty hard not to wonder, “What if?”