This evidence was for the birds...

You may have finished binge-watching Making a Murderer several months ago, but for diehard fans the case didn’t end when the episodes ran out.

Redditors are still scouring the details of the case on the /TickTockManitowoc subreddit where many have posted theories based on emotion and “hunches.” But they may have just made a fact-based discovery that could exonerate Steven Avery and Brendan Dassey in the case of Teresa Halbach’s murder.

While Halbach’s body was never found, the prosecution presented bone fragments found at Avery’s fire pit to convict Avery and Dassey of Halbach’s murder. The prosecution claimed that the intense heat of the fire would have cremated Halbach’s body. This was also their explanation for a lack of a clear match to Halbach’s DNA.

But when redditors took a closer look at the bone fragments presented in the trial they noticed one of the bones couldn’t have belonged to a human at all. 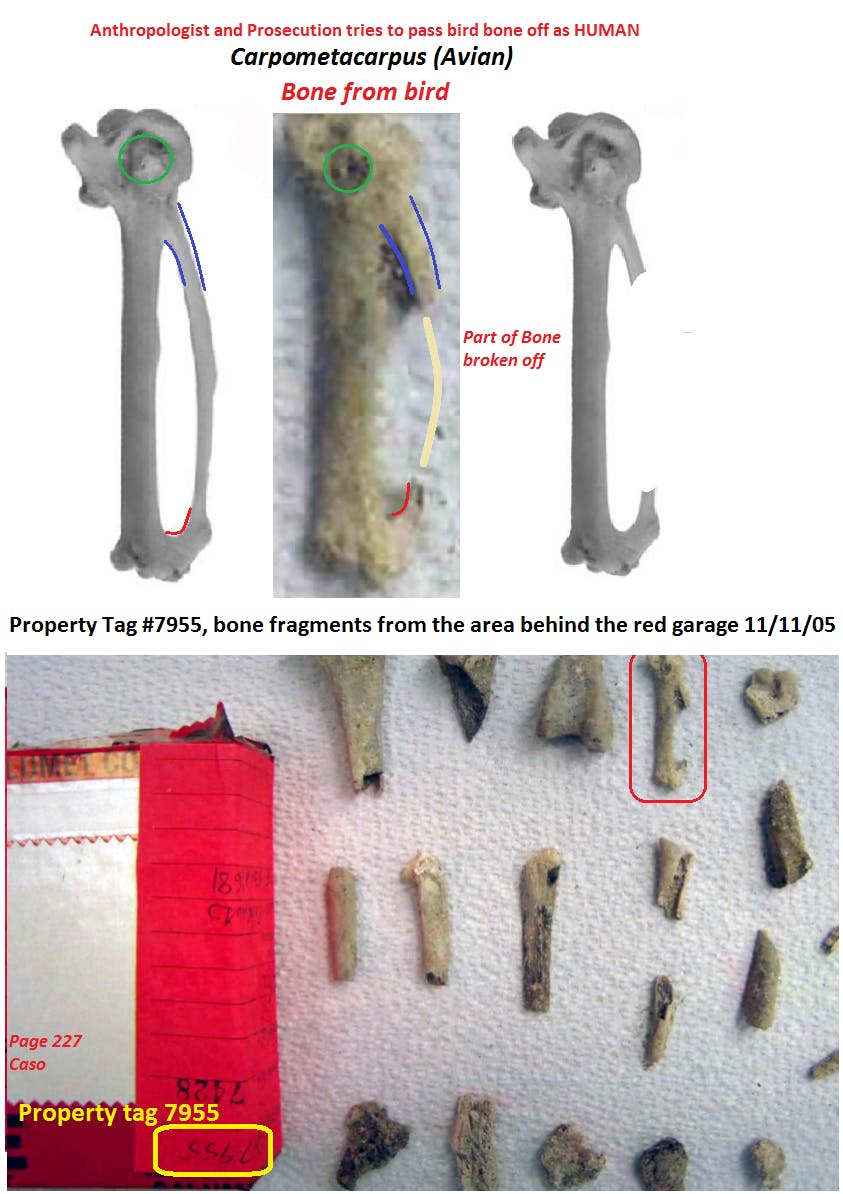 Property tag 7955, pictured above, includes a bone easily identified as the carpometacarpus of a bird.

This leads to obvious questions about the prosecution’s claim that the fire was hot enough to obliterate Halbach’s remains.

It also supports the defense’s claim that Avery frequently used the pit to dispose of animal remains from rodents, fowl, and deer that he’d hunted.

This isn’t the first time the evidence from the fire pit has been critiqued. Lynne Blanchard’s blog includes a detailed breakdown of what the evidence actually revealed, versus how it was presented to the public. Though they were presented to the public as “one in a billion” match, thorough examination reveals DNA results were inconclusive at best.

Many are hoping season 2 of the documentary will feature Steven Avery and Brendan Dassey being cleared of killing Teresa Halbach.

Avery’s lawyer Kathleen Zellner will file an appeal at the end of August, and it will likely reveal other inconsistencies in the case. Zellner has said she intends to prove who Halbach’s real killer was as well.