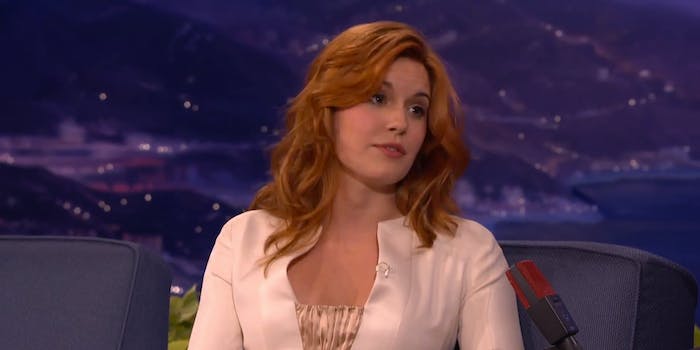 "I don't need to say it, but I have a particular set of skills."

It’s the Liam Neeson call we’ve all been waiting to hear about—or dreading, depending which end of the phone you’re on.

Maggie Grace, who plays Neeson’s daughter in the Taken films, is close with her movie dad after acting next to him for nine years. He always asks Grace about her love life (or lack of one), which is how he found out she was “a little bit heartbroken” over a boy during the filming of the first Taken movie.

And like most movie dads, he decided to take it into his own hands. He called the ex-boyfriend with a modified version of his famous threatening speech. Luckily for us, Grace recorded the phone call.

Neeson doesn’t promise to look for him, find him, and kill him, but it’s pretty great regardless. That ex-boyfriend probably had a moment of horror after hearing that speech in the film.