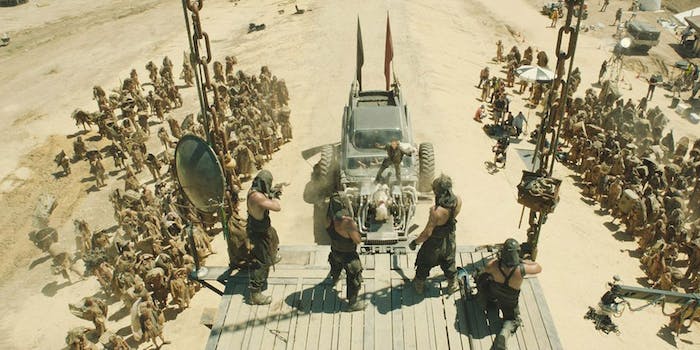 Before-and-after shots of ‘Mad Max: Fury Road’ will change the way you think about CGI

A jaw-dropping rundown of the film's special effects reveals that every frame was completely transformed.

The Internet is completely obsessed with Mad Max: Fury Road, so this Imgur photoset showing the film’s post-production process probably would have gone viral no matter what, even if the changes it showed were only minor.

But according to these before/after images, which come from Fx magazine’s new detailed rundown of the film’s visual effects, nearly every shot of the film was enhanced using painstaking CGI.

The photoset, which has racked up over a million views in half a day, shows the seamless integration between the film’s jawdropping practical effects, achieved with a huge stunt crew, and the equally huge visual effects production behind the scenes: 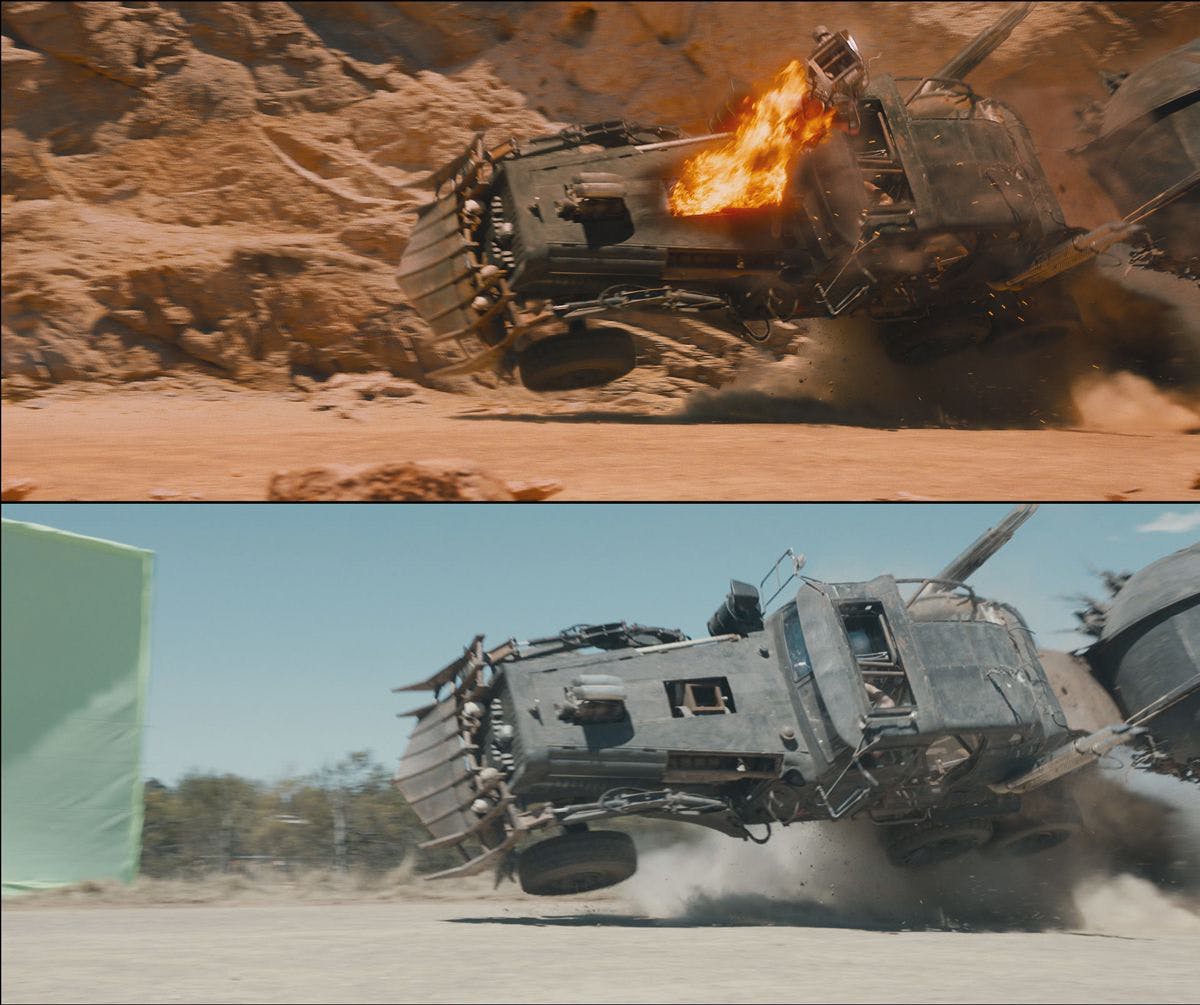 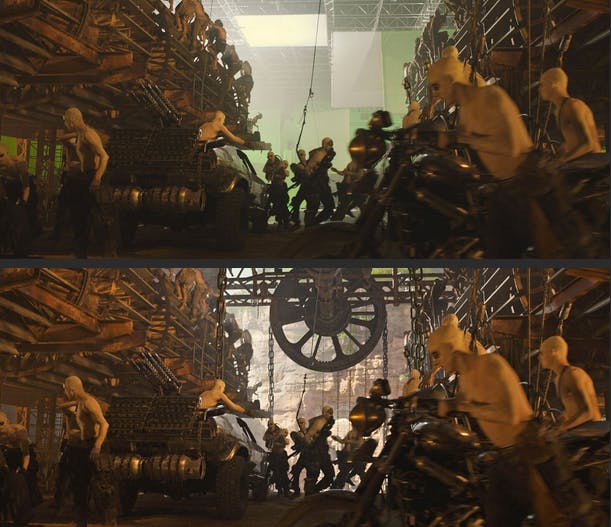 The photoset also clearly illustrates a key part of filming that the movie’s cinematographers John Seale and David Burr discuss at the one-hour mark of this presentation to an Australian cinematography group. Director George Miller rigorously had the camera crew place all of their subjects at the center of the frame in every sequence. This is a strange and bizarre technique, and the crew didn’t understand the request at the time. But as Seale notes, “It came out later, that it was in the editing—he knew he was going to cut as fast as he could but not lose information on every shot.”

Essentially what Miller did was place his subjects squarely in the middle of the frame so that he could CGI the hell out of everything around them: 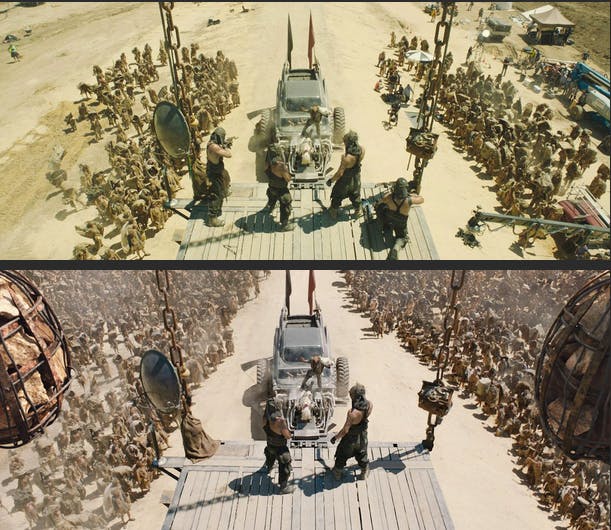 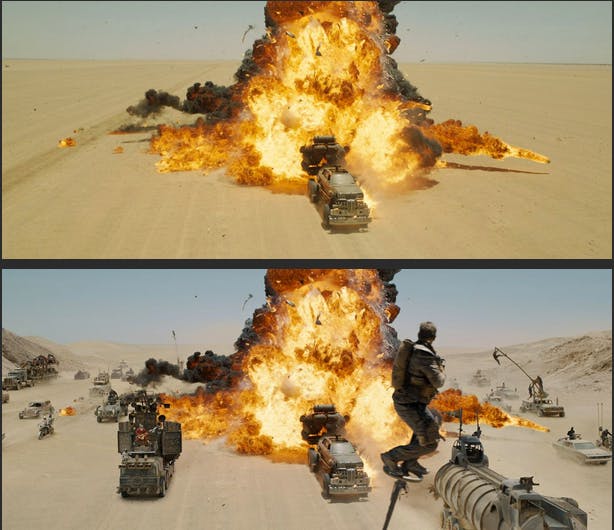 You can see the full gallery of before/after shots, and read and view much more information about the film on the original Fx article, complete with video footage showing the enhancements.