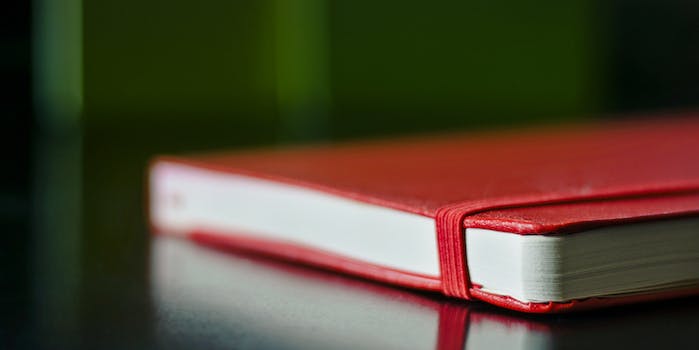 Inside the campaign against Gregory Sherl, poet and alleged abuser

No matter how many women come out swinging against Gregory Sherl, his career remains intact.

It was in January, when Sherl was crowdfunding an inpatient treatment for what was characterized as obsessive-compulsive disorder, that writer Kat Dixon first felt the need to speak out. “DO NOT SUPPORT GREGORY SHERL,” she wrote on her blog:

Poet Gregory Sherl is the subject of this fundraiser seeking $10,000 from donations. Gregory Sherl is a known abuser of women. I lived with Sherl for the better part of a year and endured constant physical, emotional, and sexual abuse. I later learned that I was not the first (nor the last) to be victimized by Sherl. PLEASE help me in sending the message that ABUSE IS NOT ACCEPTABLE by REPORTING THIS FUNDRAISER, REFUSING TO CONTRIBUTE, and SHARING THIS MESSAGE.

[T]he psychological abuse was intense. It was very real. I exited that relationship very hurt, very broken. He completely demoralized me, ground me down, and submitted me to what I can only describe as severe psychological torture. The specifics are not important, in my view, but I felt it was important to add my voice to Kat Dixon’s. If Gregory Sherl could make me attempt to slit my wrists in a bath tub from thousands of miles away, I can only imagine what he would have been like to live with.

A “Helen Power” commented on this piece, saying that she had watched her daughter endure similar abuse from Sherl while enrolled in an MFA program in New Orleans:

It was a particularly bleak experience to watch her suffering as a result of this callous and cruel individual’s psychological abuse. As a mother, I suffered too, watching my much-loved daughter begin to doubt herself, her future plans, her very existence, as this vile piece of human-kind manipulated her mind and made her feel worthless.

Groom had initially leveled claims against Sherl in a comment thread on an HTMLGIANT post about Dixon’s rallying cry, reported Dena Rash Guzman in Luna Luna Magazine at the end of that month. Writer Ryan Bradley launched a petition aimed at convincing the Good Men Project to delete posts by Sherl, who had contributed to the site through 2012 and often wrote about his romantic life. Here’s an excerpt from one of his final entries, “I’d Tell a Joke Here, but I’ve Got Nothing”:

Out of the shower I run my new book idea by Elizabeth. First, I tell Elizabeth, I need the names and addresses of all the men you touched below the waist. In my mind I have already rented a car, bought a tape recorder that fits in the breast pocket of the new black T-shirts I have also bought, some Clif Bars for energy. A chapter for every guy, a monetary reason for me to think the things I think. Epic, I tell her. We’ll be rich or at the very least, not nearly so poor. My beautiful future wife says, You can have a book or a marriage. And this is the end of that conversation.

Bradley scrounged together 136 signatures—64 short of his goal. At least two small presses made public statements about dropping Sherl’s books. Then: nothing. Gene Morgan became managing editor of HTMLGIANT in late February and labeled Kat Dixon a troll for raising the issue of rape in the ensuing comment thread; in an April interview on Hobart, another literary site, writers Elizabeth Ellen and Juliet Escoria concurred with that assessment. Ellen had this to say about Sherl’s case, then already fading from view:

i found myself wanting to defend him from the public stone throwing because from what i know, he’s not guilty of the charges. he’s gulity [sic] of other things, like being (questionably) a douchebag, but…i can’t get into details. but…we have to admit that what is public ‘knowledge’ is public ‘gossip.’ to cancel someone’s book based on gossip? idk, man. that just seems really really wrong to me. and i refuse to align myself with this sort of…public shaming based on hearsay. and i think that makes me a ‘bad feminist (shout-out to roxane).’ lol. or something.

Summer came, and Sherl’s new book, The Future for Curious People, rolled toward publication without any apparent obstacle.

With October’s arrival, the alt lit (or “alternative literature”) bubble was rocked by rape allegations against novelist Tao Lin and Stephen Tully Dierks, editor of Pop Serial. This prompted reply from all of the websites mentioned above—Kia Groom reiterated her experience in a Quaint article on the death of the scene, while Hobart ran a bewildering essay by Ellen, later demolished by the Toast’s Mallory Ortberg.

Dixon and others are now working to thwart Sherl’s career. She continues to write about him and has even taken the fight to Amazon, where she argued with a reviewer who said that he had Googled Sherl’s name and found only “a really high-quality catalogue of writing”—a dubious assertion, as Dixon’s January post about him is currently Sherl’s top-ranked search result.

In a separate email to the Daily Dot, Dixon made the case that it’s irresponsible to divide Sherl’s actions from his work, as one has everything to do with the other.

What Greg did to me, well, is something I’d prefer no one ever have to experience, and the literary community, in all its insularity, is particularly inclined to foster this sort of behavior—or, at the very least, to shut down discussion of it under the guise of some grand separation between so-called art and artist. In the case of Greg, who exploits his relationships for his work and uses his professional status to prey on women, allowing this false separation comes at a detriment to all women, and it sends the message that the lives of the women he has already victimized are of lesser value than his final product. Speaking personally, I am unfortunately aware of the ways in which the horrific abuses I suffered didn’t end when the relationship did. Greg went on to write and publish Monogamy Songs, which re-detailed our relationship—and me—from his perspective, the same perspective he’d used to gaslight me for months. It, of course, contained no mention of abuse, and he was again able to present himself as this mystic victim of love.

“[Another alleged Sherl victim] has been very concerned that [The Future for Curious People’s] marketing to women, and endorsements from O Magazine and Roxane Gay, have and will continue to allow Greg more opportunities to find and victimize a greater number of women,” Dixon wrote. “I have to agree. These endorsements are hypocritical, at best, as they blatantly support a perpetrator outed by numerous women, and at worst, they create a greater risk for the women who may one day fall within Greg’s sight line.”

Gay, for her part, bristled at the notion that she might be blamed for Sherl’s future actions. “I am just rather frustrated by the narrowness of this. I abhor this situation but a lot of responsibility is unfairly being placed on my shoulders,” she wrote in an email to the Daily Dot. Although she and Sherl moved in the same circles for years—she favorably reviewed Heavy Petting, a collection of his poetry—she noted that she has vigorously denounced him on Twitter and her blog. The blurb, she explained, was a matter of bad timing:

[Sherl’s] violent, physically, emotionally, and sexually abusive treatment of women is absolutely unacceptable. My heart breaks for the women who had to endure his abuse. I blurbed his novel because his co-writer, Julianna Baggott approached me and I am a big fan of her work. I had, previously, also admired Sherl’s work. And then, after the blurb was turned in, the allegations began coming out. As a survivor, as a feminist, as a human being, it was sickening to know my words were out there, endorsing a book by a writer capable of such cruelty. Unfortunately, I cannot undo the blurb. I cannot turn back time. It has been frustrating that a blurb for a book that received little notice of any kind (and rightly so given the allegations facing Sherl; the market reacted accordingly), has now been assigned a disproportionate amount of influence. Because I haven’t publicly performed my outrage on this issue in the exact way those involved would like, I have been accused of all sorts of things.

I blurbed that book before the allegations came out. I wish I could take it back but I can’t. @aziadupont

You didn’t give me the benefit of the doubt. You just made a flagrant statement because…. what? It’s fine, whatever but still @aziadupont

When asked how Sherl has continued to thrive professionally with so many people allied against him, Dixon was blunt:

From the time I first began speaking out until now, I’ve received the same kind of responses: it’s no one’s business but my own; this isn’t the appropriate time/place to discuss this; what happens behind closed doors is unknowable; it’s too easy to call out men on the Internet—thus more likely that I’m a liar; Greg is the real victim for having his reputation tarnished, etc. Greg has the privileges all male perpetrators have: his word (even if it’s a silent one) counts more than mine. His word counts more than even a number of women relaying similar stories. No matter how intimately I detail my experiences, he will always be given the benefit of the doubt, and as such, [another accuser] and I (and other women who have or might one day speak out publicly) are not. The literary community, in particular, is quick to make young male idols and very hard pressed to let them fall.

Sherl did not respond to a request for comment by time of publication. When we called the office of Nat Sobel, who currently represents Sherl, we were informed that he was traveling and unavailable for the next week. No one else at his literary agency, Sobel Weber Associates, was able or willing to comment further.

Update 4:21pm CT, Nov. 13: Several hours after this story ran, Joyce Freeland of Freeland & Freeland Law Firm, recently retained to advise Sherl on the allegations detailed here, contacted the Daily Dot via email. The subject line: “Cyber Attack on Gregory Sherl.” By way of response to this reporter’s request for comment from Sherl, she wrote: “[O]ur review of this situation confirms that the ‘myriad allegations of abuse by [an anonymous accuser] and Kat Dixon’ referred to in your e-mail, in particular, the bald assertions that Mr. Sherl is a ‘serial rapist,’ are vicious and untrue. We do appreciate your attempting to confirm whether there is any factual basis for the allegations before publishing your article.”

Update 6:08pm CT, Jan. 27, 2015: A major source in this article—and one of Sherl’s accusers—has asked that her name and comments be removed in the interest of her personal wellbeing. The Daily Dot has accordingly amended the text above.

Photo by Sean McGrath/Flickr (CC BY 2.0)