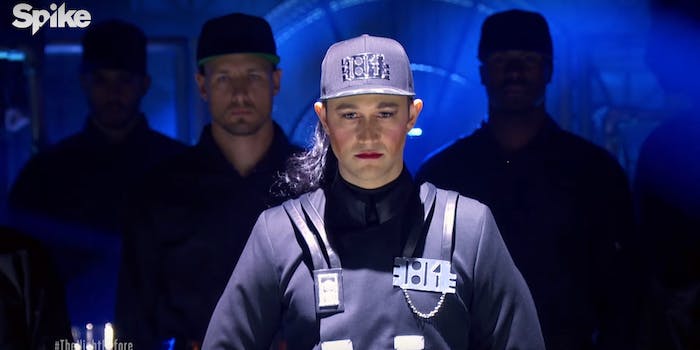 Could this be a new holiday tradition?

Anthony Mackie and Joseph Gordon-Levitt are both too legit to quit.

Lip Sync Battle is ringing in the holiday season by pitting two of the stars of The Night Before against each other in the ancient battle of lip-syncing. With a group of backup lip-syncing dancers behind them, Mackie dons M.C. Hammer’s white suit for “2 Legit 2 Quit,” while Gordon-Levitt has the ponytail and patrol to channel Janet Jackson’s “Rhythm Nation.” It’s as great as you think it is.

And while they both put on a good show, Seth Rogen, who’s decked out on the side as the Elf on the Shelf for most of the show, might just sneak in as the surprise winner. There’s no way he’s doing that sober, right?