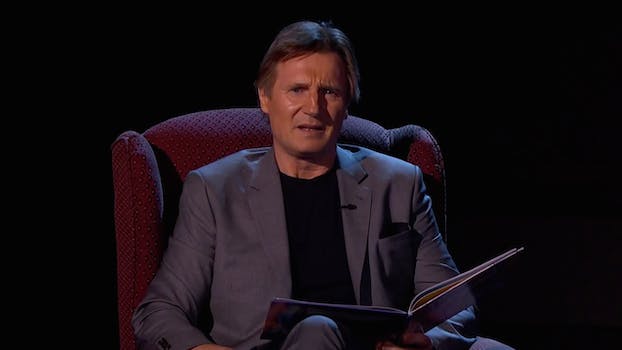 He might want to stick to hunting people down in movies.

Liam Neeson will look for you, he will find you, and he will read you a bedtime story.

But, as the action-movie star demonstrates with his rendition of Five Little Monkeys Jumping on the Bed, he might not be enthusiastic or sympathetic about it. Neeson lacks the bedside manner of Samuel L. Jackson and takes the side of an unappreciated, unsung hero while having none of the monkeys’ shenanigans.

Neeson and his logic quickly ruin the classic children’s tale, and if your children had trouble sleeping before, we don’t think this will improve the odds of them going to bed.