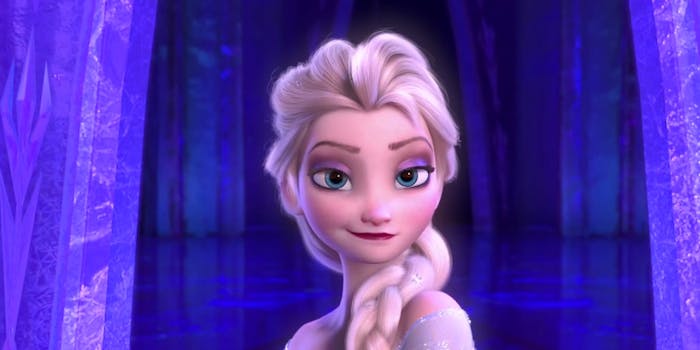 No matter how many covers of “Let It Go” you’ve listened to lately, you haven’t heard anything like this.

No matter how many covers of “Let It Go” you’ve listened to lately, you haven’t heard anything like this.

Anyone who’s tried to use Google Translate to help them with a foreign language knows that the service isn’t exactly accurate. Disney has already translated the biggest song to come out of Frozen into at least 25 different languages last month, but when someone takes the DIY translation route, things don’t always turn out as smooth.

Bouncing off an idea from some of her friends, Malinda Kathleen Reese put “Let It Go,” her latest obsession, through the translation ringer.

“This is the result when I put the lyrics through Chinese, Macedonian, French, Polish, Creole, and Tamil, among other languages, and then back into English,” Reese explained.

The end result is jarringly different than the original lyrics, and the song’s theme takes a dramatic turn. For proof, look no further than the newly translated title: “Give Up.”

For every song it destroys, it creates a new monster in its wake.