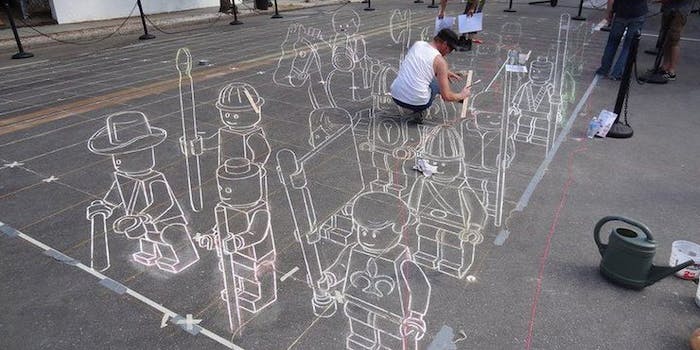 A LEGO army outlined in chalk

This impressive photo from the Sarasota Chalk Festival has been shared 25,000 times in the last 12 hours on Facebook.

The LEGO army is coming.

Drawn with chalk on an open street to remarkably appear 3-D, this startling photo from from last year’s Sarasota Chalk Festival has gone from 17,000 to over 25,000 shares in the past 12 hours. That’s due at least in part to the caption: “Please click ‘Share’ if you like it. My Art needs your share. Help!!!” (The photo, however, comes without any identifying information.) 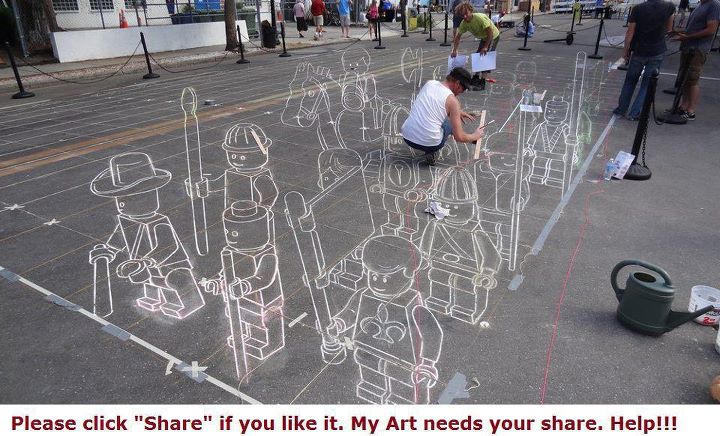 Created by four Dutch artists known collectively as Planet Streetpainting, the LEGO work was inspired by China’s Terracotta warriors. Given that the photo shared on Facebook is still an outline, it’s fair to assume it was taken at the end of the second or beginning of the third day of the week-long chalk-drawing competition.

In fact, the art only got more impressive as the week went on, as Planet Streetpainting colored its work. Sarasota-based art critic The Art Whisperer did a mini-documentary on the process.