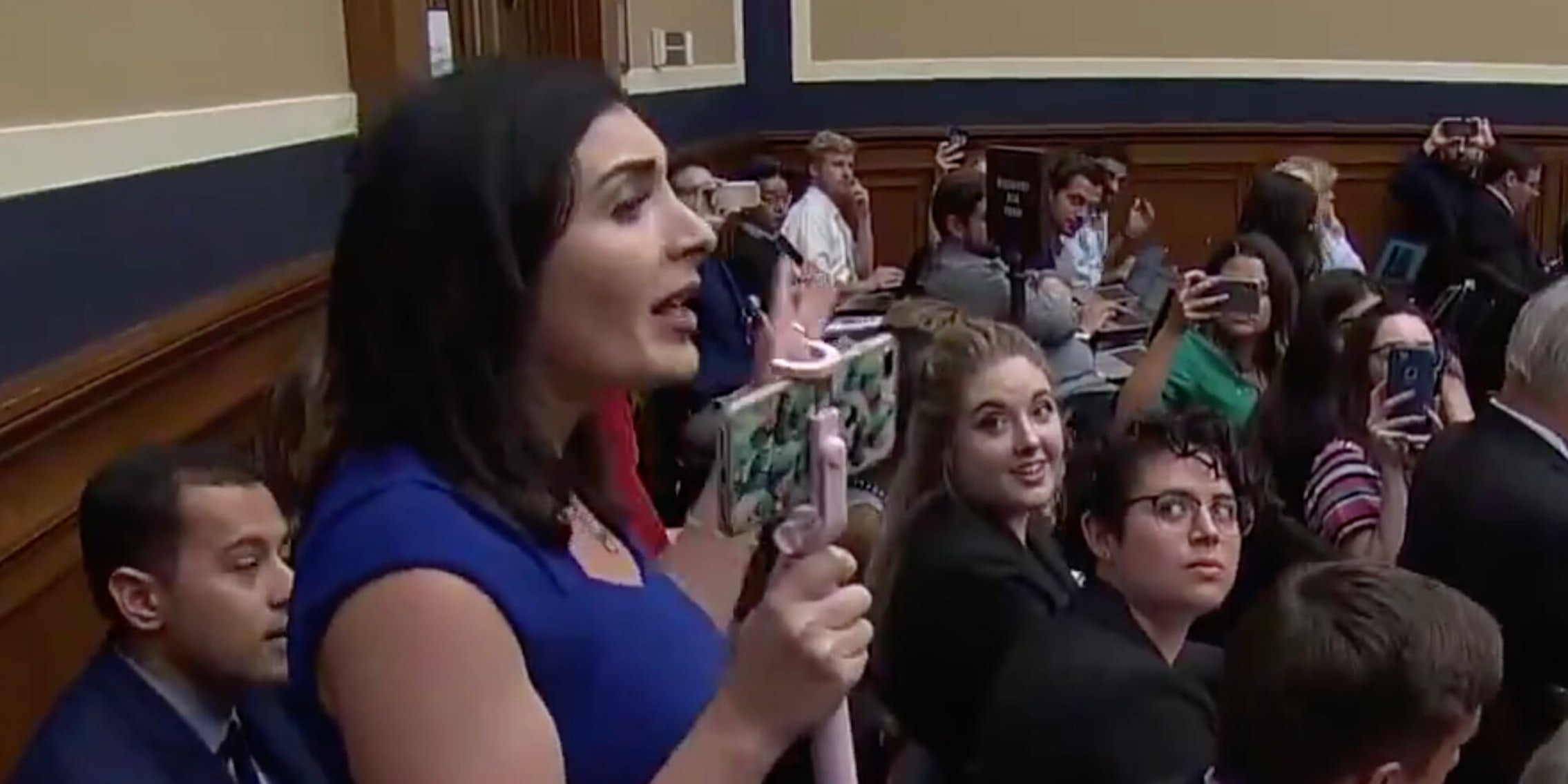 A Congressman shut her up.

Far-right “citizen journalist” Laura Loomer caused a ruckus over her lack of Twitter verification during Twitter CEO Jack Dorsey’s hearing before the House Energy and Commerce Committee on Wednesday.

A C-SPAN clip shows Loomer standing up during Dorsey’s hearing to make a plea to President Donald Trump.

“Please help us, Mr. President, before it is too late because Jack Dorsey is trying to influence the election, to sway the election,” she says.

Loomer’s interruption is then interrupted by Rep. Billy Long (R-Mo.), who according to C-SPAN has experience working the auctioneer podium. Long at first says he “can’t understand” Loomer but then takes on the auctioneer cadence to speak over her.

Earlier Wednesday, Loomer approached Dorsey outside of the Capitol and implored him for her Twitter verification to be reinstated only for his car door to be slammed in her face.

Congress called Dorsey to testify about conservative users’ claims they had been “shadow banned,” or censored in the search function, by the platform. President Donald Trump’s tweet about “shadow banning” drew attention to the claims.