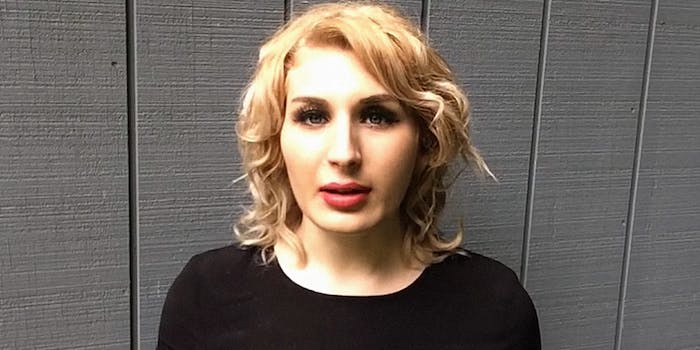 She did not take it well.

1 / UPDATE on our verification program and the actions we're taking.

2 / Verification has long been perceived as an endorsement. We gave verified accounts visual prominence on the service which deepened this perception. We should have addressed this earlier but did not prioritize the work as we should have.

The verification badge removal was primarily targeted at prominent members of the far- and “alt-right,” the conservative movement that harbors white supremacists. One person who lost their check was conservative “citizen journalist” and agitator Laura Loomer, who recently was in the news for demanding ride-sharing services allow her to choose non-Muslim drivers. Loomer did not handle the news all that well, going on an evening-long tirade against Twitter for attempting to censor her and other far-right voices.

It’s important to note while reading Loomer’s response, the loss of Twitter verification—the small blue checkmark next to a user’s name—does not in any way limit their ability to tweet. The only changes to a de-verified user’s account are the loss of some additional account settings, such as the ability to filter replies. That’s it.

While she insisted she wouldn’t let it ruin her evening, there’s evidence in the form of lots of follow-up tweets that it, uh, did.

First, Loomer went after other conservatives.

She then began to describe Twitter’s removal of verification as a path toward the Holocaust.

After getting called out for that example, Loomer fired back.

Yes, Laura, removal of your digital blue check is EXACTLY like the Holocaust.

She also used a very famous phrase around the Holocaust to talk about her “censorship,” which, again, is not actually censorship in any form.

Loomer did make a point that a lot of conservatives agree with and may have merit, that Twitter overlooks left-leaning personalities’ similar behavior.

Loomer finished this evening by claiming she would not be silenced and promised more to come.

Which was true. She began Thursday morning by tweeting about it four more times, before concluding it wasn’t that big a deal.

So, it’s not the beginning of the Holocaust anymore, apparently.