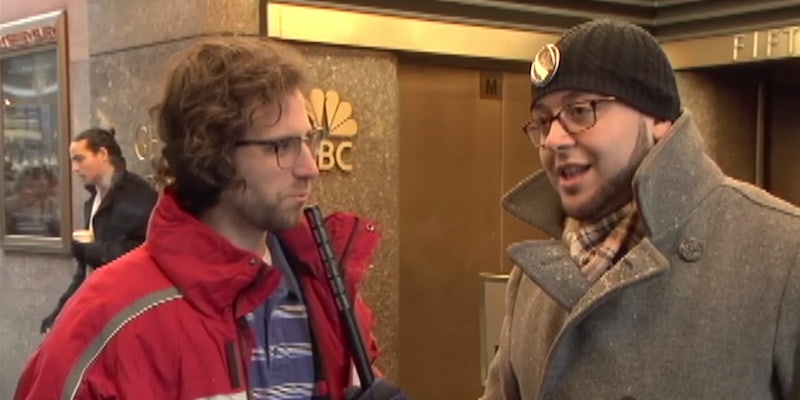 He's at his best (and weirdest).

Some of the content created for Saturday Night Live’s 40th anniversary special ended up on the cutting room floor, including a man-on-the-street sketch from newer cast member Kyle Mooney that showcases him at his best (and weirdest).

Before he joined the cast of SNL in 2013, Mooney made YouTube videos, which often featured segments of him interviewing people in a “deadpan manner” about random topics that usually came off as both awkward and hilarious. More recently, SNL brought the segment on to the show and let Mooney ask New Yorkers about the Super Bowl.

In his latest sketch, he asks random passersby about their favorite SNL memories, and while most of them follow the rule of “ignore everything” and just walk by, a few stay long enough to get a conversation going. It’s unclear if they even know who Mooney is or what they’re even getting themselves into.

One thing is certain: People know a lot less about SNL than NBC hoped for.