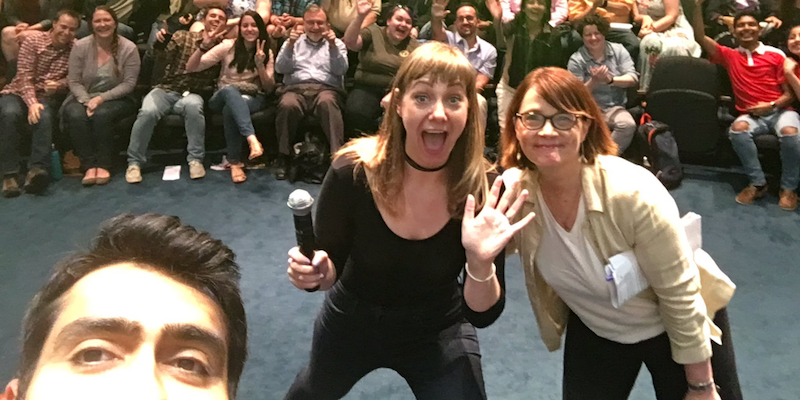 He is 'moved and stunned' by the response.

Kumail Nanjiani‘s movie The Big Sick is about his real life courtship with now-wife Emily V. Gordon, and it’s inspiring fans to share their stories with him.

Many fans with their own multi-cultural relationships have stood up during screenings nationwide to thank Nanjiani, and it seems to have really touched the man. So in a Twitter thread Wednesday, he shared his appreciation for all of the support he’s found on the road.

“Ppl say they saw a piece of them on screen for the 1st time,” he tweeted Wednesday. “A young man of Indian/Pakistani heritage stood up in NY next to his white girlfriend & was choking up so hard he couldn’t get words out.”

The comedian and director grew up in Karachi, Pakistan and moved to the U.S. to attend college, so he seems especially moved by immigrant parents who have seen the movie and seem to understand their own American kids afterward.

“An older Indian couple told me they now understand their son’s choices a little bit better,” he tweeted. “I didn’t know how to respond, so I hugged them.”

“I want to thank everyone who came to the movie & felt compelled to share their stories,” he concluded. “I will always remember each one.”

The Big Sick was originally supposed to show on 1,000 screens nationwide but has been bumped up to 2,500 screens this weekend due to high demand.