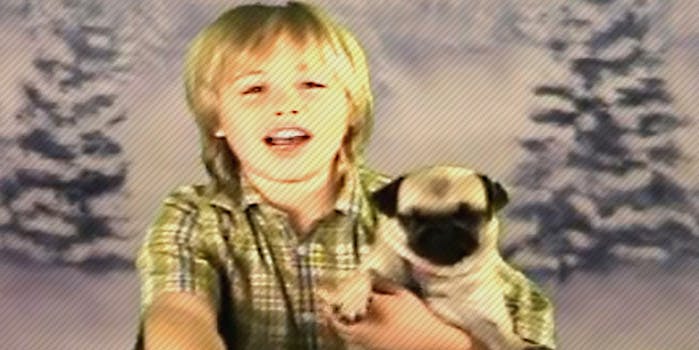 Meet the host of the KKK’s online kids’ show

"Hi! My name is Andrew—and this show is for all the white kids out there!"

The video begins with standard public access trappings, a pixelated title card over stock music, followed by an abrupt cut to a grinning, moptop kid, maybe 8 years old. He’s green-screened onto a snowy backdrop; he’s trying to hold onto a tiny, wriggling pug.

“Hi! My name is Andrew—and this show is for all the white kids out there!”

Thus begins the first episode of The Andrew Show, just one of the regularly updated cable-access programs archived on the official website of the Ku Klux Klan. 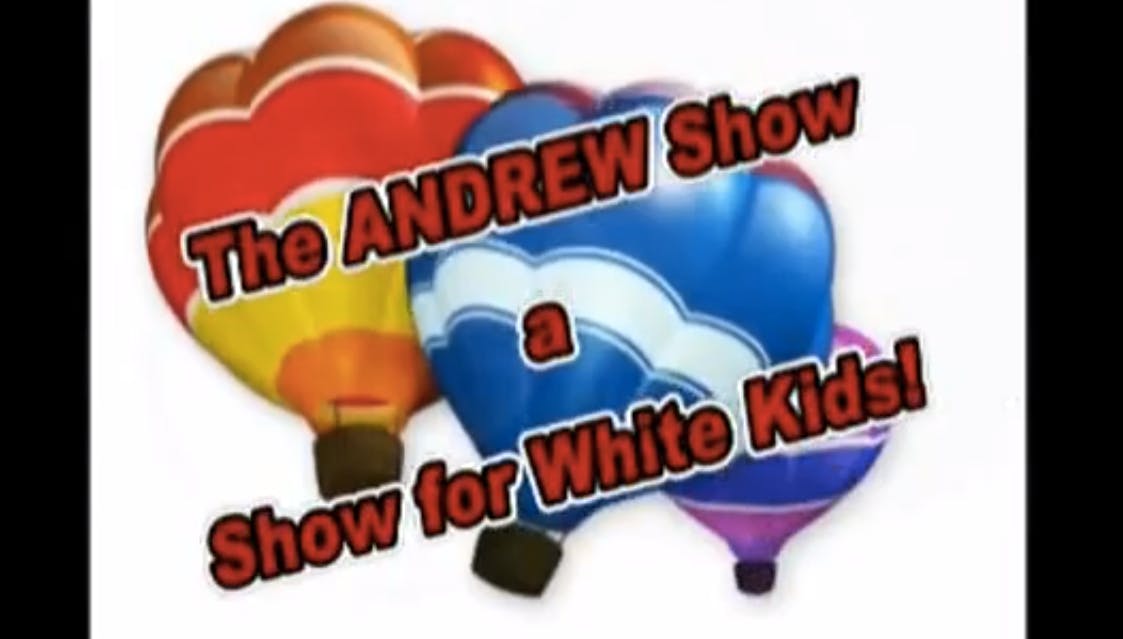 Over the decades, multiple schisms have more or less concentrated the KKK’s seat of dwindling power in a single family, led by its patriarch, self-proclaimed “Pastor” Thomas Robb. Since taking over for David Duke in the 1980s, Robb has led the KKK’s largest current incarnation, the Knights of the Ku Klux Klan. With the help of daughter and spokeswoman Rachel Pendergraft, the reign of Robb has been focused on image overhaul, distancing themselves from rival KKK factions that became a mainstay of daytime talk shows, and preaching a message of heritage, not hate.

The hate, of course, remains. It’s just that now it’s being spouted by a kid holding a puppy.

Reporters will often describe the Pastor and his family as media-savvy. Robb and his family have spent the past decade building a fairly robust, if technically inept, Web presence. A prominent link at KKK.com takes you to the Klan’s actual hub at KKK.bz—a domain primarily used in Belize. From there, a treasure trove of Klan interactivity is at your disposal, but nothing so compelling as its archive of public access TV programs. 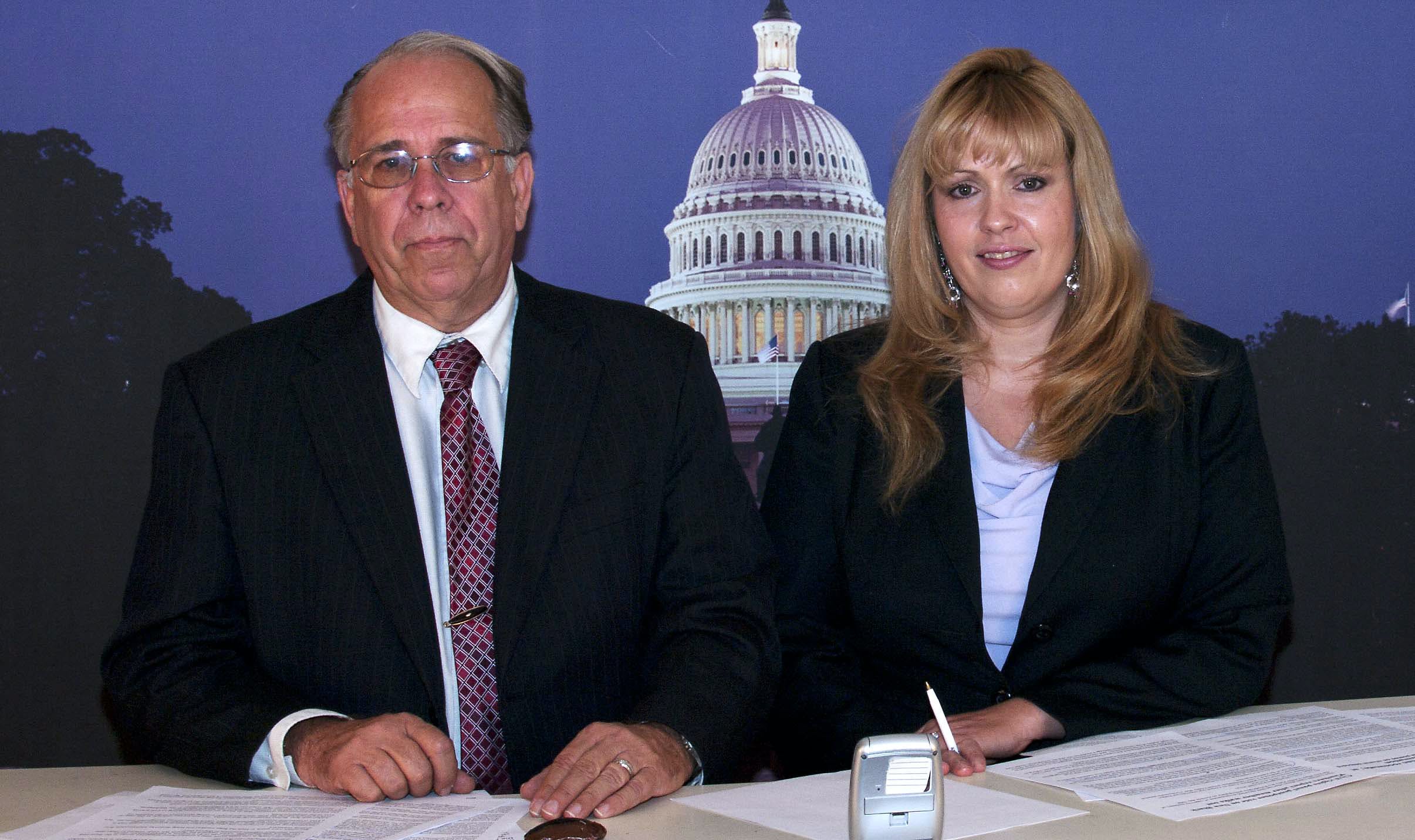 The shows are all virtually identical in their conceits. Some member of the Robb family sits in front of a poorly lit green screen and reacts through fuzzy audio to a recent news item, tying it back to the God-given superiority of the white race. The flagship program, This Is the Klan, seats Robb and Pendergraft in front of an image of the Capitol Dome in an endless two-shot, like children pretending to be news anchors in a cardboard box.

Other shows produced by Robb’s clan-within-a-klan include the Pendergraft solo venture White Women’s Perspective and her teenage daughter’s Youth Focus: News for White Teens. But none of these are compelling as the show hosted by Pendergraft’s son Andrew.

Andrew is a white kid’s white kid, with shaggy blonde hair, collared button-ups appropriate for church, and a too-perfect speech impediment that almost tips the whole thing into some kind of Wonder Showzen–level parody. He’s the All-American best friend you want your mom to meet—until you get him talking about the threats of race mixing and homosexuality.

“My mom taught us about the frosting,” he reads from a sheet, while recapping a recent Christmas party, “and when you put different colors in it—the white frosting? It can never be white again.”

More often than not, his observations lack the poetic profundity of the racist frosting analogy. Typically Andrew just rattles off the cardinal offenses committed by some recent movie or kids’ show. It’s one of the few ways to timestamp the episodes as Andrew ages.

Now some of you have heard about the movie called Marmaduke. … There’s this one spot [at the dog park] where only certain dogs can be at. … So the one dog at the end of the movie goes up to the dogs at their territory and says all dogs should be there. It’s like different races come and say that white people shouldn’t have their own land.

Now most of you have heard about the movie called The Spy Next Door. Jackie Chan in the movie is a spy, but he is dating a white person… but the two people dating are race-mixing and that is not good. Not good at all.

Now some of you have heard of the show called The Naked Brothers Band. Now one of the kids in the band is part Chinese and white. And there is also a black in it. And then the rest of them is white—and maybe Jewish.

The pop-culture focus of Andrew’s criticisms provides one of the show’s few glimpses into the homelife of a modern KKKid. Instead of being insulated from mainstream culture, he’s allowed to revel in it, albeit through the lens of racial purity. He goes on to indicate that he made it through multiple seasons of The Naked Brothers Band, but not without frustration. “This show is totally about race mixing and how ‘good’ it is,” he says derisively, in what is presumably rare footage of a racist child using air quotes.

The last posted episode of the Andrew show has him reading a Daily Mail article from June 2011. It’s not clear what role Andrew currently plays in the public face of the KKK, although a slightly older Andrew has popped up as part of a panel on his older sister’s News for White Teens.

He’s also tough to get hold of. An inquiry to [email protected] hasn’t been responded to, but an email to the Klan’s primary contact address triggered an automated, pre-emptively defensive response, possibly an indication of the kind of mail they’ve learned to anticipate:

Thank you so much for contacting us regarding our “This is the Klan” program.

The Knights has had the way cleared for participation in public access programming by numerous court cases.  Public Access television is a viable way to inform your community about special items of interest to white people.

There is usually no fee to have a program on your local cable access channel,but if there is – it is usually very minimal – $5.00 perhaps.

If you would like to discuss this area of activism further with one of our representatives then please forward your contact information and we will work with you to find a way to put “This is the Klan” on in your city.  Wouldn’t that be great!

Thank you again for writing. We sincerely appreciate it.

I was interested, but no one contacted me. Follow-up replies asking for more information resulted in error messages.

Between these technical snafus, the low-budget quality of the videos, and the narrow cast of rotating characters, it’s tempting to see the modern Klan as more pitiable than dangerous. But dismissing any incarnation of the Klan as a joke seems short-sighted, especially in an era where the Internet’s ability to radicalize individuals, especially young people, can’t be overstated. Take Andrew’s synopsis of the 2011 mass shooting and assassination attempt of Congresswoman Gabby Giffords:

If the people had guns, they could’ve shot him before anyone else was shot and killed. … Don’t let anyone tell you that guns are bad, because cops have guns and they are good. The army have guns and they protect our country. The facts are that the more guns good people have, the less bad people hurt good people. If all the people at the meetings had guns, they could’ve shot the crazy shooter before they shot the 9-year-old girl.

It’s not the first stance you’d associate with the Ku Klux Klan, but it’s one they hold dear, and one not at all out of line with mainstream conservative politics. Regardless of what they’re espousing, it’s true that the KKK’s voice has never been quieter. But they’ve also never had access to a louder megaphone.

Screengrab via The Andrew Show/YouTube