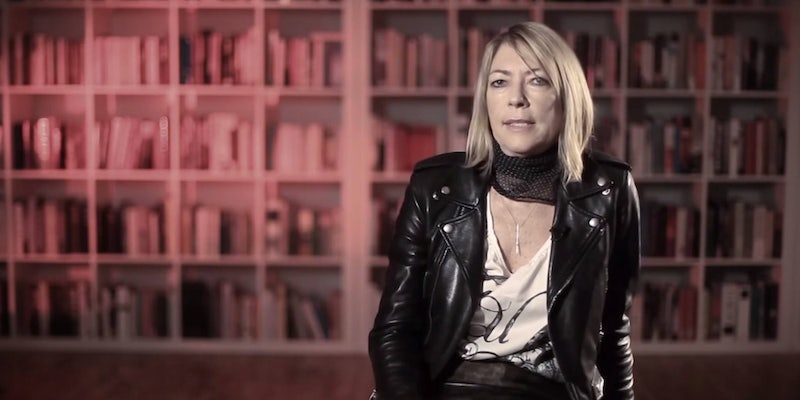 Is a new solo album coming?

Kim Gordon has released a new single, “Murdered Out,” and it’s one of the most “accessible” songs the musician and artist has ever done—according to an interview with NPR.

It’s also notable in that it’s the first song released by Gordon under her name. She recently collaborated with Bill Nace in the experimental duo Body/Head, and before that was a member of Sonic Youth for more than 30 years. Warpaint drummer Stella Mozgawa provides the beat for “Murdered Out,” which was produced by Justin Raisen (Charli XCX, Sky Ferreira) and has more of a pop foundation. Her memoir, Girl in a Band, was released last year.

In a statement accompanying the single, Gordon says she’ll be working with producer Justin Raisen again, so an album could be forthcoming.