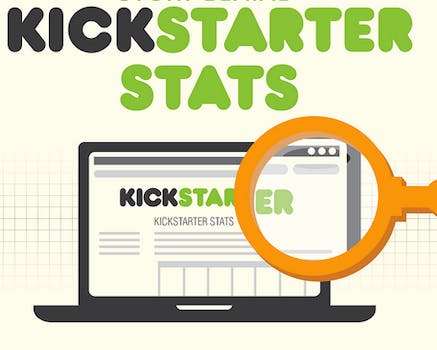 A new study suggests that overfunded projects are more likely to be delayed.

That’s the hypothesis surrounding the newest infographic from Appsblogger’s Jeanne Pi and Ethan Mollick, a management professor at the University of Pennsylvania’s Wharton School of Business. Together, the two offer an in-depth look at delivery success rates and what it takes to run a successful campaign from start to finish.

The infographic’s chief finding: only 25 percent of technological and design projects deliver on time.

“The more a project is overfunded, the more likely there will be delivery delays,” Pi noted in the infographic. “And the more overfunded a project is above goal, the later it delivers.”

The topic’s been a major talking point this summer, as information regarding ZionEyez’s $344,000 scam surfaced and Oakland’s Wonderment Consortium explained just how easy it can actually be to pull off a scam project for profit.

Pi’s advice for backers: stick to the small projects, the ones that ask for less than $10,000. And find project creators with a whole gaggle of Facebook friends. Those with 1,000 people in their network have a 40 percent chance of successfully funding and delivering rewards by the campaign’s expected completion date.