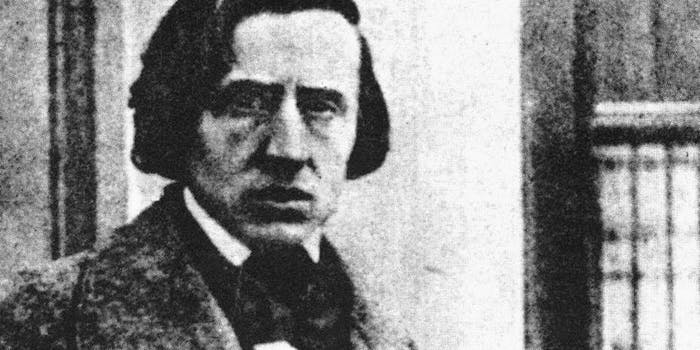 A new Kickstarter campaign wants to make recordings of the life's work of Romantic composer Chopin free in the public domain.

A new Kickstarter campaign seeks to release recordings of the complete works of 19th-century Romantic composer Frederic Chopin into the public domain.

The Kickstarter, called “Set Chopin Free,” was created by the nonprofit Museopen, which works to address a peculiar copyright problem that plagues centuries-old classical music: While much of the sheet music itself long ago entered the public domain, the contemporary recordings of it are all under copyright.

Theoretically, if one had an orchestra handy, they could record Chopin’s works and use them however they wished. But practically speaking that’s an impossibility. And so most of these great works remain locked behind copyright laws.

Museopen hopes to raise $75,000 by Oct. 20 so it can hire an orchestra to record the life’s work of Chopin and release it into the public domain.

According to Museopen’s Aaron Dunn, who runs the Kickstarter campaign, in the case of Chopin, “almost no recordings exist that are without restrictions. To us, this somewhat defeats the benefit of having anything fall into the public domain.”

“We want to celebrate this incredible music,” Dunn told the Daily Dot. “Making it free makes it more approachable to non-classical listeners to try something new.”