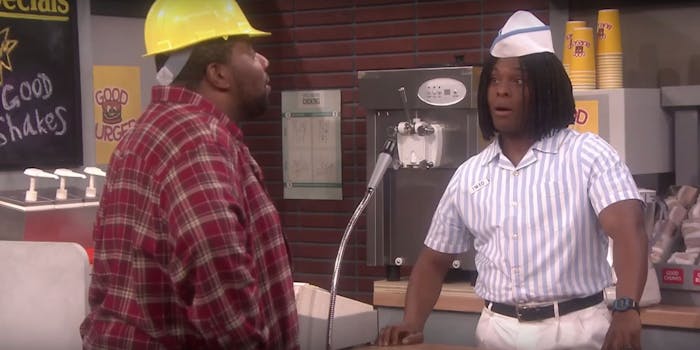 This Kenan and Kel reunion is essential viewing for any fans of 1990s Nickelodeon.

Good Burger began on the Nickelodeon series All That, so this reunion is a must-watch for fans of ’90s Nick TV. It looks like Kenan and Kel had a lot of fun playing the familiar characters, riffing off of the idea that Fallon worked alongside Ed at Good Burger when he was a teen.

Just in case you feel the need for more Kenan and Kel, The Tonight Show also posted a behind-the-scenes video of the two actors chatting about the joys of Good Burger.

Screengrab via The Tonight Show with Jimmy Fallon/YouTube