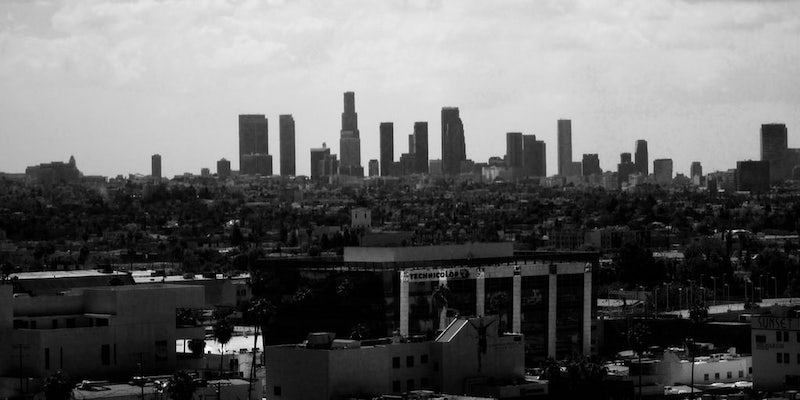 Photo by anokarina/Flickr (CC BY 2.0)

Karina Longworth on her smash iTunes podcast ‘You Must Remember This’

Checking in with one of our favorite pods as it enters season 5.

Nobody’s ever recorded a ramble about Obama on their iPhone, posted it to SoundCloud, and woken up to an inbox full of sponsorship deals and donations from adoring fans. Despite what hosting services with monthly fees may tell you, successful podcasters don’t usually start out as unknowns who work their way up into the big bucks.

When a new medium emerges, it’s fun to think, “Hey, maybe that’s what I’m meant to do—it just hasn’t existed until now.” The truth, though, is that most successful podcasters are veterans of other mediums—ones they were successful in. For their podcasts, they bring a mixture of pre-loaded knowledge and a built-in audience that helps facilitate their show’s launch.

Karina Longworth is no exception to this rule, although researching her career made me realize something else about successful podcasters: Almost all of them have been nobodies before. In fact, podcasting seems to be the reward for being nobody for a long time. It’s the medium of the career freelancer, of the musician who spent 1994-2013 in a studio apartment located 40 miles from downtown, and of the cinema-obsessed blogger.

That last one’s directed at Karina, who started her career by co-founding the movie blog Cinematical—by the time she left in 2007, it had reached 2.5 million viewers per month. It had also been purchased by AOL, which eventually folded the thing into MovieFone. By 2011, the site that had helped to define and legitimize the world of online film criticism was practically dead—but Karina’s career wasn’t. She worked in a pasta factory before moving to Los Angeles to make Cinematical her full-time gig, and her work and experience with that site made it highly unlikely that she’d be returning to the pasta game.

According to the bios of 2008’s Fantastic Fest jurors, Karina was Cinematical’s editor, lead contributor, de facto festival reporter, and produced three-plus features per week. Oh—she also wrote about 12 news hits on the site per day.

That sort of energy doesn’t just disappear when a bad corporate takeover comes along.

After leaving Cinematical in 2007, she became an editor, film critic, and staff writer for the LA Weekly. She’s also written three biographies, and lectures college students on the side.

Last year, she came to the conclusion that she wasn’t busy enough and spent 10 days working on the pilot for a podcast about the strange histories and idiosyncrasies of Hollywood’s most-gilded times.

She called it You Must Remember This. On the iTunes charts, it occupies the No. 3 position for movie and TV podcasts. It’s two episodes into its fifth season, dubbed “MGM Stories.”

The Daily Dot spoke with Karina Longworth via email about everything.

I hate to immediately make this comparison, but with Serial having debuted in October, did that series inspire you at all to make the pilot episode for You Must Remember This? You describe the show as “creative nonfiction,” where the truth is proven to exist between the blurred lines of conflicting recollections and details, which I suppose generally describes all great historians’ approach to the past. Are there any specific historians who particularly influenced your show’s style?

I made the pilot for my show in April 2014 and was making weekly episodes by June 2014, so I can’t say Serial was an influence. I wasn’t influenced by any specific historian or previous podcast—if anything, I had an idea for the way I wanted a show to sound in my head, and I had to make it because that would be the only way I could explain to people what I was thinking.

After several episodes, I assumed that much of your narration was improvised—not in a bad way, but because your tone is so conversational that the narration feels like you’re discussing a subject that’s stuck with you, after you’ve dug into it at some point in the past. When the script was released for the first, and “lost” episode on Kim Novak, I couldn’t believe that it was nearly 4,500 words that had actually been written down. Has the show maintained that level of scripting, or has it loosened up a bit as you’ve become more comfortable with recording them?

Every episode has a script of between 4,000-5,000 words and nothing is improvised. I’m not good at that.

You write, narrate, record, and edit each episode—and the writing alone is way more intense than I’d imagined it to be. Between teaching, working on books, contributing articles to major publications, and making all sorts of appearances on other programs, both for your knowledge of cinematic history and to discuss your new show’s popularity, well… How in the hell do you find the time to do it all? I mean, each show has a fully comprehensive bibliography paired to it, for fuck’s sake. And you still get weekly releases out. Have you gotten more help on the show since its early days?

To be perfectly honest, I am starting feel like it’s a lot of work, but it’s exactly what I wanted to do so I can’t complain too much. Since joining Panoply they have taken over the work of editing the show, so that definitely helps, and I’ve started to work with an intern to help with the research and some of the administrative stuff surrounding other things that I’m doing.

Looking back at your notes on the pilot episode, where you wrote that the show would never be a completely professional production, is it weird to have maintained that DIY power of control with the show, and to simultaneously see it at the No. 3 slot on the iTunes TV and film podcast chart? The first two episodes of this season are showing their popularity bars as being 100 percent full on their iTunes listings—I don’t fully understand what that means, but it seems like a major positive. Did you ever think the show would get this big, back when you made that first pilot while teaching yourself GarageBand?

I did not think the show would become as popular as it has become, but at the same time, I don’t know if I would have continued to put this much work into a project if it didn’t feel like people wanted the thing I was making.

On the show’s Wikia page, a section claims to be designated for all your future ideas, where you also encourage fans to pitch in with ideas of their own. Are you really behind that section? If so, has fan interaction been an important aspect to you since the very start of the show? How do you think your beginnings as a blogger influenced how you communicate with your current fan base?

The Wiki page you’re talking about was just something I was trying out, before I settled on another way to foster conversation between me and the listeners, which is our forum.

I do participate in the forum to the extent that I have the time, and I did pull ideas from the forum for this current season (every episode includes a listener of the show telling me why they asked for that specific topic). I can’t imagine making something that is distributed on the Internet and not have a community conversation be some kind of part of it. That said, I turn off comments on the blog posts where I post the episodes, because for some reason comment threads seem to invariably have a really high jerk to smart person ratio.

You claimed that the pilot episode took 10 days to complete—how long does it generally take now?

It doesn’t really take less time than that, if you factor in all the research, but the process has become less painful.

Can you feel any sense of an end to the show in sight, or do you think it’s something you’ll continue doing? Do you still get the same satisfaction from completing an episode as you did at its beginning?

Right now the show is a full-time job and it’s the only job I want (other than writing books, which I’m also doing). I do still really like doing it. It’s not yet profitable and I can’t continue to do this much work for free forever, but I have faith in the show’s new network and its prospects for the future.

What’s your favorite, and most far-out episode that you’ve released so far? The bar was set pretty high with the first post-pilot episode on Frank Sinatra’s songs about the future and outer space.

Maybe “far out” is subjective, but most of the Charles Manson episodes are pretty weird. My favorites are the ones that I have emotional connections to, like the Carole Lombard show, and the ones where I attempt to do something a little more elaborate with the production, like the Lena Horne episode.

Why was the pilot episode “lost” for so long? Did you team up with Panoply right after the pilot was made, and it just kinda got left off the bus?

I made the pilot in April 2014 and I joined Panoply in September 2015, so the network didn’t have anything to do with that episode’s status. The short story is that I didn’t know that it was a bad idea to use large swaths of copyright music in a podcast when I made the pilot, and then the project file of that episode got corrupted so I can’t re-edit it.

Photo via anokarina/Flickr (CC BY 2.0)