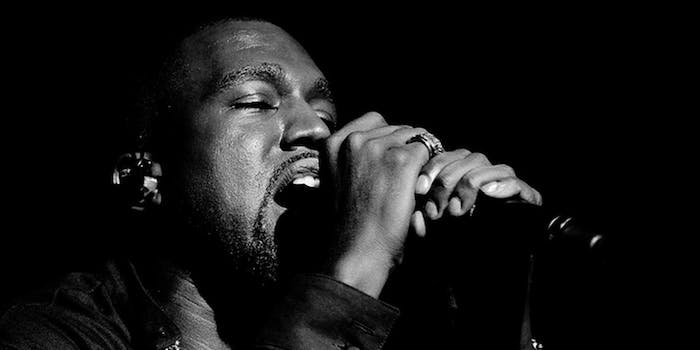 Yeezus, the highly anticipated sixth studio album by Kanye West, has leaked—and everyone is scrambling to get a hold of it.

The album is scheduled to be released on Tuesday, June 18, but a high-quality version has been circulating around the various torrent sites. The leak came out the same day that the 10-song tracklisting was announced and just days after New York Times published a provocative, enthralling interview with the Chicago-bred rapper.

According to social analytics site Topsy, “Yeezus” has been mentioned on Twitter 75,000 times in the last hour alone.

So how is it? Based on his Saturday Night Live performance and various guerilla-marketing events, the record marks a dark, almost industrial turn for West, a style he’s described as “black new wave.” The initial Twitter reaction has been overwhelmingly positive.

Chris Hayes, host of MSNBC’s Up, wants to open tonight’s show with it.

Can we get away with leading the show w/ the Yeezus leak?

Nick Robinson, a Los Angeles-based filmmaker and West’s biggest fan, is already declaring it the album of the year.

I’m halfway through and this is leagues better than any other album I’ve heard this year. Never doubted him for a second.

While Yeezus, which features four collaborations with Daft Punk, has only been out for a few hours, hip-hop database Rap Genius already has the lyrics to all 10 songs available.

“Yeezy season approaching,” West raps in the opening track, “On Site,” according to Rap Genius.

Based on how quickly the album is spreading, it’s already here.