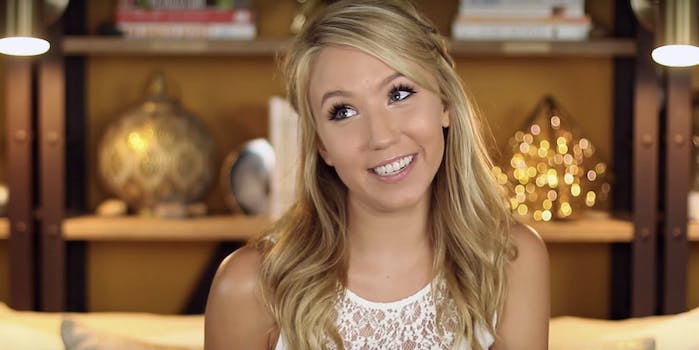 This woman legally changed her first name to Superman’s real name. Is there anything she can’t do?

From interior decorating to activism, Kalel Cullen (Kalel Kitten as she’s affectionately known on YouTube) is all about living her best life, and through YouTube, she’s hoping to inspire you to do the same.

Kalel Cullen has lived countless lives and pursued numerous channels during her time on the video platform. In the early days, Kalel worked as a beauty vlogger before turning to life as a cosplay tutor and then daily vlogger. She has finally arrived at her most personal endeavor yet: a channel featuring her countless passions, designs, and great adventures.

Upbeat, candid, and not afraid to laugh at herself, Kalel has formed a loyal following of 1.7 million subscribers through her videos on animal activism, vegan lifestyle, interior decorating tips, fashion hauls, and hilarious collaborations with famous friends such as Colleen Ballinger (Miranda Sings), Joey Graceffa, and David Camarena.

It would be easy to merely label Kalel as “a hot girl with a heart of nerd,” but that would overlook the quality and personality she has brought to YouTube by just being herself. At 18, Kalel (née Kristen Smith) legally changed her first name to Superman’s real name—Kal’El—to better suit her personality. After having a very public engagement and breakup with Smosh’s Anthony Padilla, Kalel moved forward, building a colorful, passion-driven life. That move could have been difficult, considering the ridiculous adoration of Smosh’s 21 million subscribers. But Kalel has never taken the easy way out.

Earlier this year, she uploaded this makeup-free video onto her channel in order to talk openly with her fans about her battle with acne. In an overwhelming show of support, fans rallied around her for sharing her personal, and often self-conscious, experiences with acne.

Each of Kalel’s videos reminds me of sitting down and chatting with your most hilarious, awkwardly adorable friend who is just obsessed with cats, jewelry, and motivational posters as you are. But the absolute best part of Kalel’s videos? Her contagious laugh.

So keep laughing, Kalel, and we promise, we’ll keep watching.