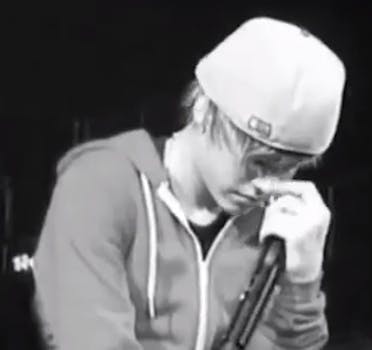 As Psy's unstoppable viral hit, "Gangnam Style" approaches the #1 spot on the YouTube charts, Justin Bieber fans are making a push to keep "Baby" on top and make it the first video to reach 1 billion views.

Psy is horse-dancing his way to the most-viewed YouTube video of all time, but Justin Bieber fans are trying to delay the inevitable as long as they can.

Bieber’s “Baby” has held the title for much of the past two years. Korean rapper Psy created perhaps the year’s biggest Web phenomenon with his “Gangnam Style” video, which has 795,955,071 views at the time of writing (note: YouTube view counters are not always up-to-the-minute).

As it stands, Psy is around 7.3 million views behind Bieber, but gaining fast. However, Beliebers took to Twitter to get the word out and urge other Bieber lovers to do what they could to get the teen pop star to a billion “Baby” views and hold off his rival as long as possible.

Some are playing “Baby” in dozens of browser tabs at the same time as they try something, anything to defeat Psy. Unless they step up their efforts, however, “Gangnam Style” is still on pace to dethrone “Baby” sometime this weekend.

With both artists signed to the same record label, one thing’s clear: whoever loses, manager Scooter Braun still wins.