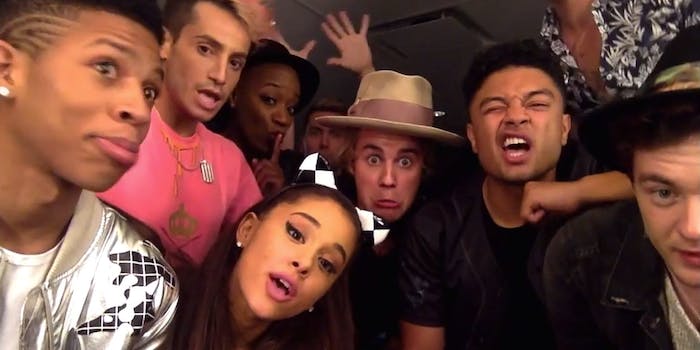 Fresh off allegedly being put in a chokehold at Coachella, Justin Bieber today released a video that let us all know he’s doing OK and has lot of celebrity friends.

It’s a lip-sync dub of Carly Rae Jepsen’s latest earwig “I Really Like You,” and so many celebs are singing along to clip, which looks like it was partially filmed at someone’s mom’s pool: Ariana Grande, Empire star Bryshere Gray, Kendall Jenner, and… Lance Bass? Yeah, that’s Lance Bass.

I’m too old to know who the rest of the people in the clip are, but I’m sure they’re important.