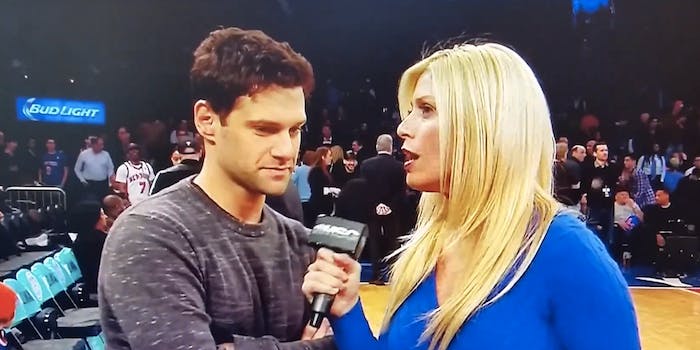 We don’t know what’s going on with actors Justin Bartha, Jill Martin, and Bradley Cooper, but it sounds like a TMI situation.

Bartha, best known for his role in The Hangover films, caught up with Martin in a New York Minute segment at a Knicks game and immediately made everyone uncomfortable. Bartha started making jokes about Martin texting him repeatedly about his costar Cooper. It only got weirder from there.

Martin tried to save the moment by refocusing on the idea of another Hangover movie, but Bartha continued to make the whole thing creepy.  Unfortunately, Bartha doesn’t have a social media presence with which to explain his wacky behavior, so we’re just left scratching our heads.