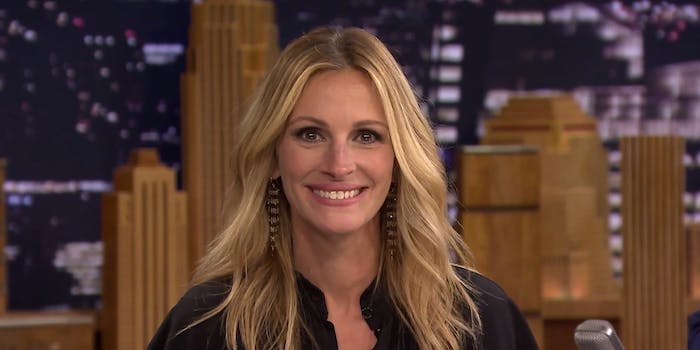 Her bark is worse than her bite.

It’s not often you get to confront the people (or animals) who are afraid of you.

A few years ago, a video of a dog afraid of a photo of Julia Roberts went viral, and it went largely forgotten until it resurfaced recently on Reddit’s r/gifs.

Roberts remained unaware of the fearful canine until Jimmy Fallon told her about it on The Tonight Show, and he gave her a chance to “make amends” with the dog. While she didn’t do anything wrong to begin with—if anything, the dog’s owners should’ve made amends—she gave it a shot.

Even with humans, the bark is worse than the bite.