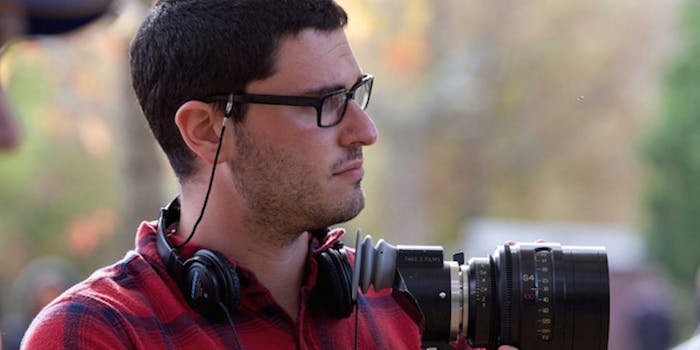 Just two days after Lucasfilm announced additional casting for Star Wars: Episode VII, the company revealed today that Josh Trank has been tapped to direct one of the upcoming spinoff films.

Just two days after Lucasfilm announced additional casting for Star Wars: Episode VII, the company revealed today that Josh Trank has been tapped to direct one of the upcoming spinoff films. Trank made a name for himself with his directorial debut Chronicle and is currently directing 20th Century Fox’s The Fantastic Four reboot.

“The magic of the Star Wars Universe defined my entire childhood. The opportunity to expand on that experience for future generations is the most incredible dream of all time,” he said in a statement.

Last month it was announced that the first standalone Star Wars film would be directed by Godzilla reboot director Gareth Edwards and Gary Whitta would write the screenplay. Just as fans were given no hints as to what that first spinoff would be about, nothing has been said about the content of Trank’s standalone film either. While fans were excited for more news regarding the standalones and seemed happy with Trank being chosen, some were also disappointed that there is still no word on the the spinoffs’ subject matter.

I like the directors they’re getting for the Star Wars spin offs. Both Gareth Edwards and Josh Trank have turned in great work so far.

Loved Chronicle so very happy that Josh Trank is on board for a new Star Wars film. Great choices so far for these spin-offs.

@clubjade I’m reserving my excitement for these stand-alones until I know what they are actually about.

In the statement, Lucasfilm president Kathleen Kennedy said they are “thrilled to welcome Josh into the family.”

“He is such an incredible talent and has a great imagination and sense of innovation,” she said. “That makes him perfectly suited to Star Wars, and for this new slate of movies that reach beyond the core characters and storylines of Episodes I through IX.”