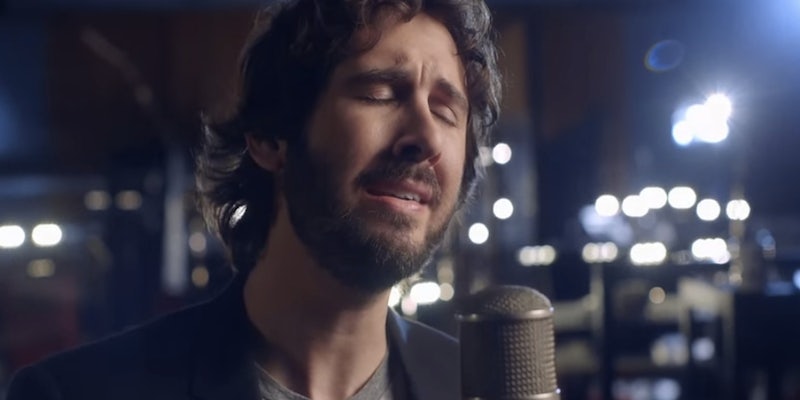 Josh Groban tapped Kelly Clarkson as a duet partner on a Phantom of the Opera classic, “All I Ask Of You.” The duet will be featured on his upcoming new album, Stages. The album features tracks from Les Misérables, The Fantasticks, and A Chorus Line.

“All I Ask Of You” is a popular romantic duet, and while Groban and Clarkson are certainly topping the list of standout covers, several other versions have made pop culture dents, from tiny children to The Voice contestants and YouTube stars. Here’s the full carousel of standout covers.