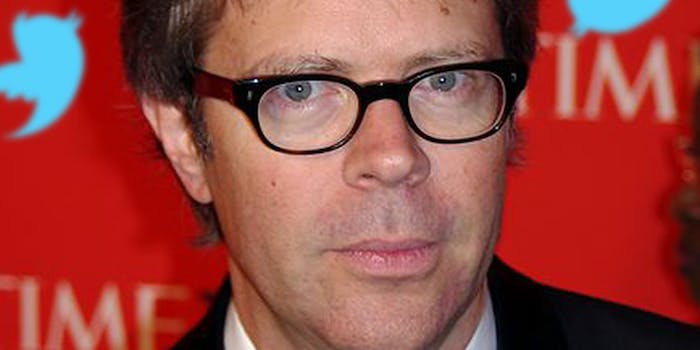 The famous author becomes even more famous—for hating yet another technology.

Jonathan Franzen is whining about yet another technology he doesn’t understand.

After lashing out at ebooks in January, The Corrections author and general technological Scrooge took on Twitter earlier this week during a speech at Tulane University.

“Twitter is unspeakably irritating,” Franzen told his audience Monday, according to author Jami Attenberg and The Guardian.

“Twitter stands for everything I oppose,” he continued. “It’s hard to cite facts or create an argument in 140 characters … It’s like if Kafka had decided to make a video semaphoring The Metamorphosis. Or it’s like writing a novel without the letter ‘P’… It’s the ultimate irresponsible medium. People I care about are readers … particularly serious readers and writers, these are my people.

“And we do not like to yak about ourselves,” Franzen added (yakking about himself).

Franzen apparently thinks Twitter is some kind conversational silo. It’s not. It can be difficult to form an argument in 140 characters, and that’s why so many arguments that begin on Twitter so often leap into other media. (It’s the Internet, Jon. It’s big).

Twitter users didn’t hesitate to start poking fun at the self-serious technophobe through the hashtag #JonathanFranzenHates.

The Guardian put together a storify highlighting some of Twitter’s best reactions, which we’ve reproduced below. It’s safe to say Franzen will   never read it, unfortunately.

He’s probably never heard of Storify, but we guarantee he already hates it.